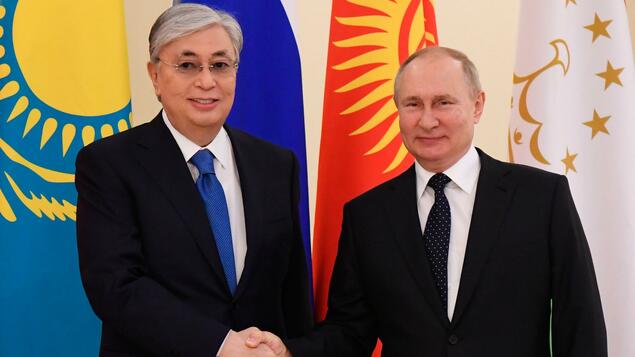 According to President Vladimir Putin, Russia will not allow any “revolutions” in the countries of the former Soviet Union. The Russian head of state spoke against the backdrop of the violent protests of the past few days in Kazakhstan in a video conference organized by the Collective Security Treaty Organization (CSTO) on Monday. Putin said that Kazakhstan had become a target of “international terrorism”.

The Collective Security Treaty Organization, a military alliance led by Russia, has sent 2,500 soldiers to Kazakhstan at the request of the President of Kazakhstan. Putin stressed that “peacekeepers” will remain in the Central Asian country for a limited period only. US Secretary of State Blinken had warned in light of Friday’s deployment that it would be difficult for Kazakhstan to fend off Russian influence.

According to the authorities, nearly 8,000 people were arrested in the course of the protests. Media also reported at least 164 deaths on Sunday, citing the Health Ministry. Hundreds of others were injured.

In the past few days, the former Soviet republic witnessed unprecedented clashes between demonstrators and security forces. The protests, initially directed against rising gas prices, turned into demonstrations criticizing the government across the country. Tokayev blamed the unrest on “terrorists” trained abroad and ordered the shooting of protesters on Friday. (AFP)

Turkey instead of Turkey: UN responds to name change request