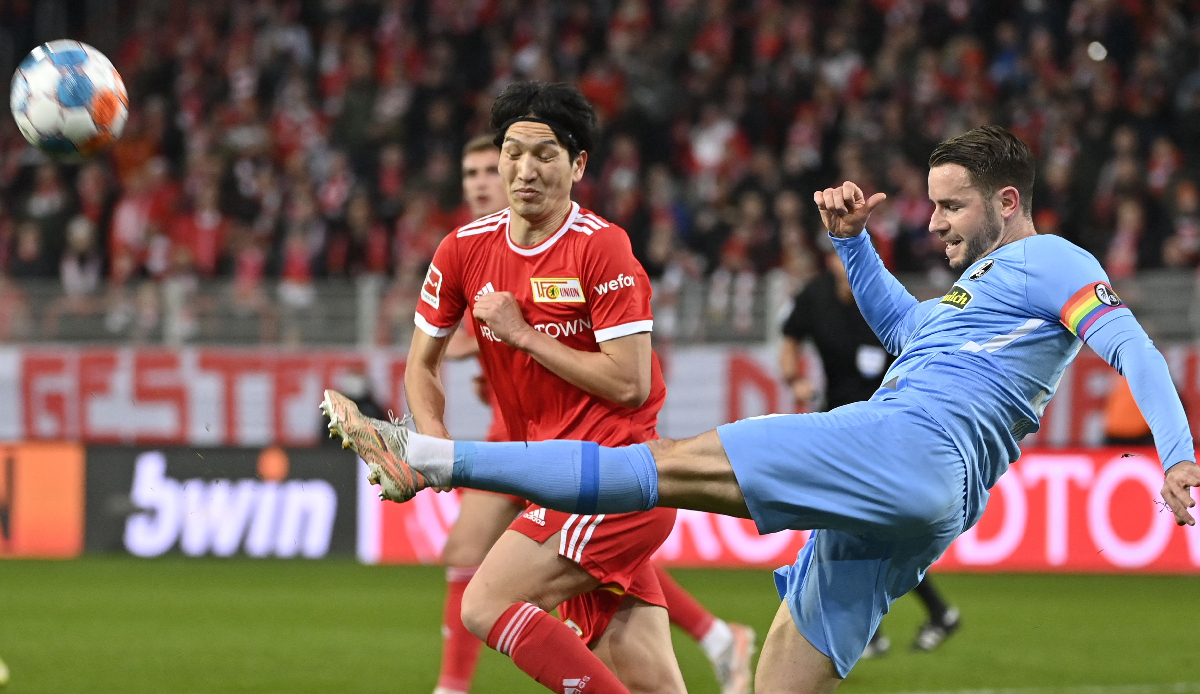 SC Freiburg reached its minimum goal in a battle of Europa League rivals and kept one rival at a distance. Coach Christian Streich’s team drew 0-0 at Union Berlin and, in frequent fierce battles, secured their place in the European Cup.

Three days after the setback in the promoted SpVgg Greuther Fürth, the union was undefeated. Nevertheless, the Copenhagenes are still doing well in the battle for international space. “We wanted to be consistent here. We won, so we’re satisfied with the point,” said Lucas Kupler of Freiburg. The sky.

Union coach Urs Fischer made three changes compared to the surprise defeat at Firth. Thus Captain Christopher Trimmel returned to the starting line. Stretch switched to two positions, in which he defended former junior Kevin Schlotterbeck along with his brother Nico, who also has a Berlin past.

The old workplace was a challenge for the siblings from the beginning. Union got off to an active start and were pushed to the opening goal, but were defeated by Sheraldo Becker (1st) and Jenky Haraguchi (3rd) as SC goalkeeper Mark Flecken reacted harshly. Freiburg provided the first successful counter-attack defense – but it was not enough to lead. Maximilian Exgestin’s deflected shot lands on crossbar (5th).

The meeting was quiet after a tumultuous early stage. Union struggled to build the game, the Berliners were unable to pass against well-graduated guests, and made a significant number of bad passes. Freiburg tried to switch quickly after winning the ball. Most improvements were blocked before the last three.

In the first half of the long fight, both teams neutralized each other in midfield. The union had the best options. Haraguchi (20th) and Taiwo Avonii (23rd) missed good chances. Freiburg did not express any danger. Union goalkeeper Andreas Louth rarely had to intervene.

That changed immediately after the break: Freiburg had the best chance ever after a good mix. Vincenzo Griffo (46th) failed miserably, but started Freiburg’s best phase. The guests pushed the union into their own half and forced the Berliners to make mistakes. Lucas Kopler (57th) did not see the lead standing freely in front of Lothi.

The union reported back a quarter of an hour later. Avoni headed the ball against the crossbar after a corner, then saved a shot by Queen Kedra on the line (66th).

Urs Fischer (Coach Union Berlin): “Over 90 minutes it was a worthy point for both teams. We were a little better in the first half. It was a serious game with two tactical teams. I’m glad the team did it better.” . “

Christian Streich (Coach SC Freiberg): “It was a serious game. We were very insecure on the ball in the first half and we lost it very easily. A point in the union is always good. They are a good team. I am satisfied.”