Home World Ukraine: Abramovich and Ukrainian negotiators appear to have symptoms of poisoning 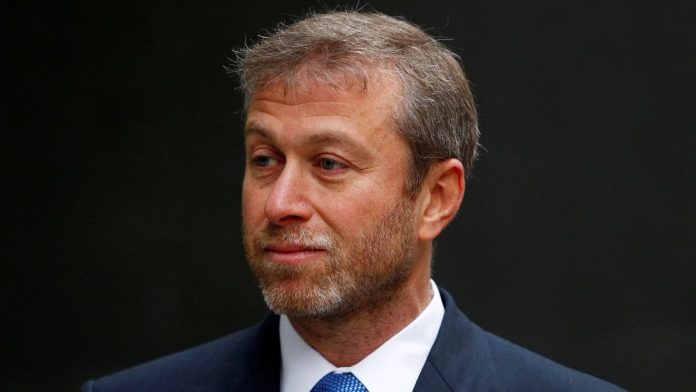 Abramovich and the Ukrainian negotiators reportedly showed symptoms of poisoning

After talks in Kyiv, Russian oligarch Roman Abramovich and two members of the Ukrainian negotiating team complained of apparent symptoms, according to media reports. So they indicated poisoning.

After negotiations in Kyiv in early March, in which Abramovich also participated, the oligarch and at least two members of the Ukrainian team reported symptoms indicating poisoning. The Wall Street Journal reported that red, watery eyes and peeling skin on the face and hands are symptoms.

The newspaper pointed to people familiar with the negotiations. They blamed “hardliners in Moscow” who wanted to sabotage the talks. A close associate of Abramovich told the Wall Street Journal that it was not clear who might be behind the incident. In addition, Western experts could not provide an explanation for the symptoms.

According to the Wall Street Journal, Abramovich decided to continue participating in the negotiations despite the alleged poisoning.

According to Bellingcat, the meeting took place on March 3. Symptoms would have started in the evening and subsided only in the morning. A member of the research platform was asked to be examined by chemical weapons specialists.

Experts said the symptoms were likely due to poisoning by a chemical warfare agent. The dose was too low to cause life-threatening harm. Most likely, the people involved were supposed to be intimidated.

The Kremlin confirmed last ThursdayThat Abramovich initially participated in the peace negotiations between Ukraine and Russia as a mediator. The European Union and Britain imposed sanctions on the 55-year-old billionaire, who has close ties to Russian President Vladimir Putin, after the start of the Russian offensive on Ukraine. The Chelsea FC owner has also been suspended as manager of the Premier League club.

The United States has not yet imposed sanctions on Abramovich. The Wall Street Journal reported last week that Ukrainian President Volodymyr Zelensky has asked US President Joe Biden to exempt him from sanctions because he could play an important role as a mediator.

Representatives of Russia and Ukraine intend to resume direct negotiations on a ceasefire in Ukraine on Tuesday in Istanbul. Initial ministerial-level negotiations on March 10 in Antalya, Turkey, yielded no tangible progress. Since then, talks have continued via video conferencing. Both sides of the conflict recently described it as “difficult”.