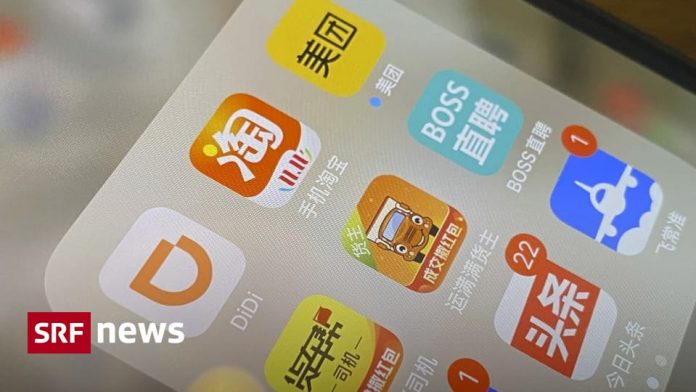 In China, people call each other Diddy instead of Uber. But the company is said to have violated data protection laws.

All about this: The American company Uber offers taxi rides through an app. The Chinese counterpart is called Didi Chuxing. This is now trying to gain a foothold in the US as well. Didi shares have been trading on the Nasdaq Technology Exchange in New York since last week. But now the company is being held back by the Chinese state. Authorities in Beijing arranged for the app to be removed from Chinese stores.

This is the charge: The company is said to have illegally collected personal data from its customers. Not many details are known about this. Shortly after the IPO, the Chinese cyberspace supervisory authority announced that it was investigating the company, among other things to ensure China’s national security. What follows is not clear. Users and users – about half a billion already have the app – are still allowed to use Didi. Only, and that’s not good news for Didi: New clients can’t join at the moment.

This is the reason for this timing: The timing of the Didi app ban in Chinese stores is being noticed shortly after its US IPO. It was previously speculated whether Didi will transfer the data to the USA. The company’s vice president protested and wrote on social media: Anyone who claims such a thing will be sued. Other Chinese offshore companies, such as Didi, have stored Chinese user data on Chinese servers. The partisan newspaper Global Times wrote that protecting personal data is also a matter of national security, because Didi had international shareholders. This is an indication that the action is related to an IPO in the United States.

This is the political component: It is believed that companies like Didi have become too powerful for the Communist Party. In fact, big tech companies like Didi have always been less regulated in China, especially when it comes to data protection. The government has been tightening the rules for a while now. Meanwhile, the investigation of two other technology companies was also announced; Full Truck Alliance (a variant of Uber for trucks); and Boss Zhipin, a recruiting platform. Both companies also went public in the United States recently.

This is the background: There has been a crackdown on big tech companies by the government in Beijing for a while. The most famous of these are the sudden halt of Ant Group’s planned initial public offering last year and billions in fines on Alibaba for violating antitrust law. There were also other big tech companies that are not well known in Europe but have been targeted by the authorities. This will likely have implications for US initial public offerings in the future. Businesses and potential investors will think twice about this step.

The volume of internet data continues to grow rapidly – including...