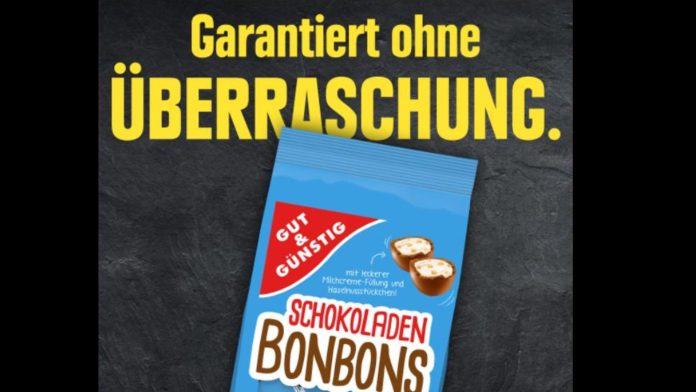 Food retailer Edeka used the Ferrero salmonella scandal for its own ad. However, not everyone finds this funny.

The suffering of one, the joy of the other: the Edeka chain of stores responded to the salmonella scandal at the Ferrero confectionery company with a provocative advertisement. On Facebook and Instagram, the grocer posted an advertisement for a private label version of Ferrero’s popular children’s chocolate candy. “Guaranteed no surprises” is what they say smug.

Edeka subsidiary Netto also wants to get its attention from the scandal. In the promotion for discount Easter products, it is stated more clearly: “No bad surprises, kids!” So that everyone really understands that the sign is aimed at baby surprise eggs.

However, opinions about Edeka’s campaign differ. In addition to many likes and comments such as “cool ads”, Edeka has also received many critical reactions. One user comments on Instagram: “I find it totally tasteless to advertise harm to others.” Another user testifies to “the lowest level” and talks about a “bitter taste”. After all, the scandal also concerns hundreds of cases of salmonella poisoning in children, which are associated with the consumption of Ferrero products.

Meanwhile, surprise egg factory Ferrero continues to struggle with the fallout from the scandal. Belgian authorities temporarily closed the factory in Arlon last weekend after it emerged that Ferrero had been aware of a salmonella invasion at the factory since mid-December. A mass product recall was only pursued last week. The Belgian public prosecutor is now investigating the case.

The damage to Ferrero is severe. The recall is influenced by many bestsellers, such as children’s surprise eggs, children’s chocolate cakes, Easter specials and even items from last Christmas season. The products were sold in German supermarkets, among others, but also in other European countries as well as in Israel and Australia. On Tuesday, Ferrero extended the recall again – and also withdrew products in New Zealand. Consumer advocates have strongly criticized the group for not informing residents about cases of salmonella earlier.

Analysts trust Apple too much