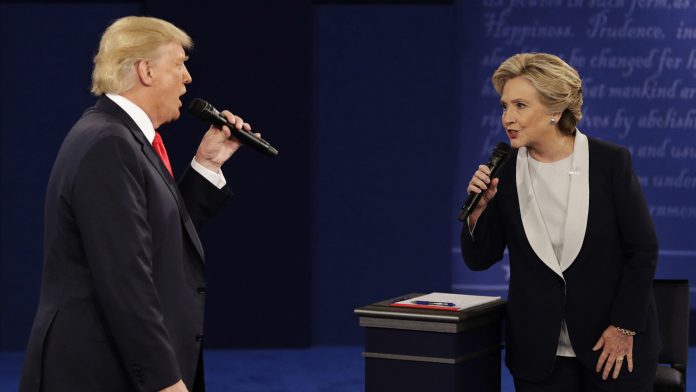 In the so-called Russia case, former US President Trump sued his former opponent Clinton for defamation. Democrats accused Trump of conspiring with Russia in the 2016 US election.

Former US President Donald Trump has sued his former opponent, Hillary Clinton, and other Democratic Party politicians for defamation in connection with the so-called Russia case. Clinton, the Democratic National Committee and their “supporters” alleged that he colluded with Russia in the presidential election.

In the run-up to the 2016 US presidential election, they conspired “out of sheer malice to fabricate the false narrative” that Republican candidate Trump was working with Russia, according to the lawsuit filed in federal court in Florida. To support their “plot,” Clinton and her supporters “falsified evidence and defrauded law enforcement agencies” and “exploited their access to highly sensitive databases.” This is so “outrageous, anti-state and incendiary” that the Watergate case appears “pale” by comparison.

No evidence of wrongful collusion

The so-called Russia affair was the subject of an intense investigation by then-Special Counsel Robert Mueller. The question was whether Trump and his campaign team were working with Russia to influence the 2016 election.

The Mueller report cites several meetings between Trump associates and the Russians, but the report fails to reveal evidence of the Trump campaign team’s complicity with Russia. So Trump announced a complete acquittal after the Mueller report was published.

Trump is now demanding a jury trial in Florida, where he filed the lawsuit. The Republican said he has so far spent $24 million in legal fees to defend himself against defamation. He is now claiming three times as much compensation – $72 million.

Also, the former FBI chief is among the defendants

In addition to Clinton, who ran against Trump in the 2016 presidential election, Clinton’s campaign manager at the time, John Podesta, and former FBI chief James Comey were also listed as defendants, as well as the Democratic campaign law firm Perkins Coye, Inc. Fusion GPS.

Also named was former British secret agent Christopher Steele, who prepared a dossier before the 2016 presidential election that was said to contain disinformation about Trump. Trump has repeatedly called Steele’s file “fake”. The New York Times also concluded that there was no supporting evidence for many of Steele’s allegations.

Because of Russia: Donald Trump sues Hillary Clinton for $72 million in damages