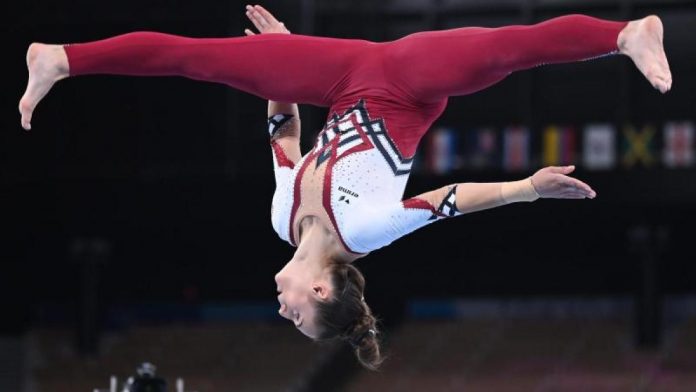 Former world champion Pauline Schaeffer-Betz held her chance to reach the finals on the balance beam on day one of the World Artistic Gymnastics Championships in Kitakyushu, Japan.

The 24-year-old from Chemnitz scored 13,733 points during her GCSE training in the Japanese city and is second behind China’s Luo Rui (14,566) after seven of the ten qualifying rounds.

“I’m content right now, even if I don’t show everything I want to do,” Shafer Betz said after her performance. Saarland’s home only achieved a difficulty of 5.4, even though she prepared a program of 5.9. “Hopefully I will have the opportunity to show that in the final,” the 2017 champion said.

The preliminary battle will continue on October 19. Only then will it become clear whether the German has reached the top eight. Excluding the crossbar, Schäfer-Betz competed only on the floor in the Singles World Cup, where she prematurely missed the final with 12,866 points. There are no other German gymnasts in Kitakyushu.