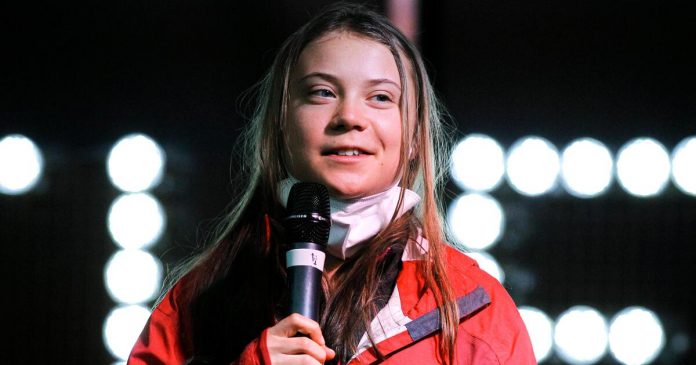 After major demonstrations in Glasgow for more climate protection, the World Climate Conference begins its second crucial week. Several ministers and heads of government will travel to Scotland on Monday to give impetus to negotiations between the nearly 200 countries represented. Federal Environment Minister Svenja Schulz will not join until the end of the week, and the SPD politician is involved in negotiations on the coalition of the SPD, the Green Party and the Free Democratic Party in the federal government.

At the huge meeting in Glasgow with nearly 30,000 delegates, the sensitive topic of money was on the agenda on Monday. Poor nations, already suffering from droughts, floods and rising sea levels due to accelerating global warming, insist on compensating the rich industrial nations. However, they have been acting cautiously for years – also because they fear lawsuits for damages in court.

However, the British government has openly called on wealthy industrialized nations to provide more money before 2030 in combating the looming climate catastrophe. “We must act now to prevent climate change from pushing more and more people into poverty,” Trade Minister Anne-Marie Trevelyan, who was to lead talks on the fiscal pledges in Glasgow on Monday, said.

See also  Before the midterm elections: Why US Democrats are avoiding President Joe Biden

Poor countries may not be paid until 2023

Funding is one of the most contentious issues in the climate negotiations. For example, industrialized nations have already admitted that they will only fulfill their pledge of $100 billion annually for countries particularly affected by climate change completely for the first time in three years, namely in 2023.

In the middle of the conference, Prime Minister Boris Johnson hosted the summit in Scotland More commitments and more willingness to make concessions have been demanded on the part of states. It relates to the common goal set in Paris in 2015 to limit global warming to an acceptable 1.5 degrees compared to pre-industrial times.

UN Secretary-General Antonio Guterres has called for a solution. “Sirens howl,” he wrote on Twitter early Monday morning. “Our planet is telling us something, just like people everywhere. We have to listen, we have to act, we have to make wise decisions.” This decision must be made to protect the future and the salvation of mankind.

On Friday and over the weekend, tens of thousands of people in Glasgow, Great Britain and many other countries voiced their discontent with climate protections that had been overdue for decades and called for more climate justice. The world’s most famous activist, Swede Greta Thunberg, criticized the inaction and “blah blah blah” of major economic nations. COP26 has already failed. According to previous plans, the summit should end on Friday.

Outgoing Chancellor Angela Merkel considers the youth protests to be justified. “Glasgow has already achieved some results, but from a young people’s point of view it is still justifiably too slow,” the CDU politician said in an interview with Deutsche Welle.

See also  Crew exchange on the International Space Station: the return of astronauts in diapers

The international community has always done a lot to protect the climate, but reports from the Intergovernmental Panel on Climate Change (IPCC) have “become more and more cautionary and more threatening”. He stressed this by saying, “Then I say to the young people, they have to put pressure and we have to be faster.” Merkel. It is true that one became faster. “But it has never been the case that the distance to scientific assessments has not developed again. And that must change now in this decade. We have to follow scientific assessments again: that means approximately 1.5 degrees of global warming will remain.”

On Sunday, environmentalists accused the oil-rich kingdom Saudi Arabia intend to block negotiations. Government representatives from Riyadh opposed ambitious wording on climate protection in the final declaration planned for late Friday night, Greenpeace chief Jennifer Morgan complained. The Saudi delegation also obstructed decisions in order to make progress on the issue of adapting to the repercussions of global warming. Morgan said such strategic maneuvers by the authoritarian state were “cynical” but somewhat well-known.

Meanwhile, US President Joe Biden’s government has been calling China As the largest producer of fossil carbon dioxide emissions, they have intensified their efforts to protect the climate. “We expect China to take responsibility for the climate,” White House National Security Adviser Jake Sullivan told CNN. The United States of America It is the world’s largest economy and – after China – the second largest emitter of carbon dioxide. (dpa/dh)

See also  Dance to a patriotic song: wedding guests in Crimea were sentenced to prison

In cold, wet weather, tens of thousands marched in Glasgow on Saturday, where the COP26 global climate conference is currently taking place.