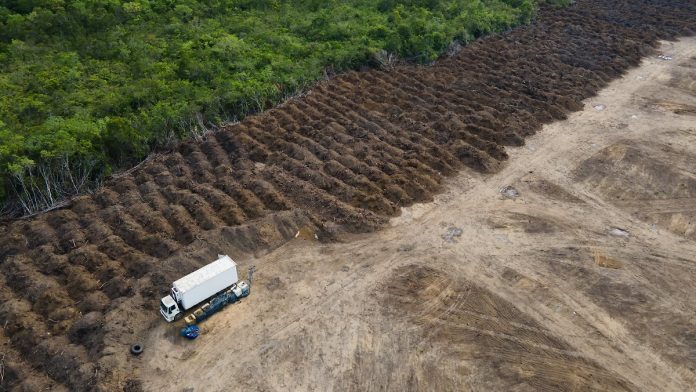 The Amazon rainforest is one of the most important stores of carbon on Earth. However, illegal deforestation continues – despite all the assurances of the Brazilian government. The consequences are more than alarming.

Contrary to promises made by the government of Brazil, which has come under international pressure, at the UN climate conference COP26, deforestation in the Brazilian Amazon remains at a record level. In October alone, 870 square kilometers of rainforest was cleared, according to preliminary data from the National Institute for Space Research (Inpe), which assesses satellite data. This represents a five percent increase compared to October 2020 (836 square kilometres) and the highest value for the month since 2016.

Brazil, where there has been water shortages and droughts in large parts of the past few months, has been assigned a major role in climate protection. The proportion of the South American country in the Amazon region, which is an important reservoir of climate-destroying carbon dioxide, corresponds to the size of Western Europe by area. Right-wing President Jair Bolsonaro sees the Amazon primarily as an untapped economic potential.

The Brazilian government announced in Glasgow that it will end illegal logging of the Amazon rainforest by 2028. Bolsonaro set 2030 as a goal at US President Joe Biden’s climate summit in April. “The data is a reminder that Brazil’s roaming of COP26’s corridors and rooms in Glasgow is the same as where land thieves, illegal loggers and gold diggers have government license to destroy the forest,” she said in a statement from the Center for Climate Research. Observatório do Clima”.

See also  An expensive crisis: where does the government really save for itself? | Policy