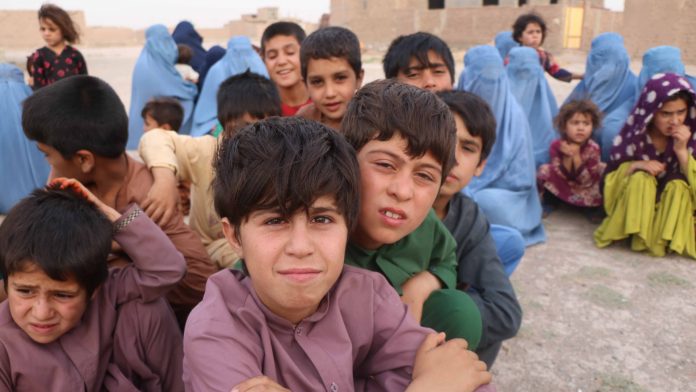 In light of the looming humanitarian crisis in Afghanistan, the United Nations is planning a conference to help. US Secretary of State Blinken plans to visit the US base in Ramstein on Wednesday. Tens of thousands of evacuees are waiting there to continue their journey.

With the looming humanitarian catastrophe in Afghanistan, the United Nations has announced a high-level aid conference for the country. The ministerial-level meeting is scheduled to take place in Geneva on September 13, in the presence of UN Secretary-General Antonio Guterres. “The conference will seek a rapid increase in funding so that the life-saving humanitarian operation continues,” she added.

Otherwise, according to the United Nations, a humanitarian catastrophe threatens the country. Nearly half of the 38 million people in Afghanistan need humanitarian assistance. According to the United Nations, one in three Afghans does not know where their next meal will come from. Nearly half of children under the age of five are expected to suffer from acute malnutrition within the next 12 months.

Guterres recently demanded that in light of the severe drought and impending harsh winter in Afghanistan, more food, temporary accommodation and medical supplies should be brought into the country urgently. He called on all concerned to enable safe and unhindered access to vital relief supplies and to all humanitarian workers. According to the United Nations, the food reserves of the World Food Program should last until the end of September.

There are currently 14,300 evacuees in Ramstein

US Secretary of State Anthony Blinken plans to visit the US military base Ramstein in the Rhineland-Palatinate next Wednesday. Ramstein serves as an important evacuation center for vulnerable Afghans.

Blinken said Friday in Washington that he will first fly to the Qatari capital, Doha, on Sunday, and then travel to Germany from there. During his visit, he will also meet German Foreign Minister Heiko Maas and hold a video conference with other official colleagues on Afghanistan.

In support of the large-scale evacuation mission from Afghanistan, the United States has established several international hubs to temporarily house Afghan refugees before relocating them on a long-term basis. According to data from Ramstein Air Force Base, more than 17,000 evacuees were brought to the United States or any other safe place on 78 flights. Currently, 14,300 evacuees are waiting to continue their journey.

The crisis in Kabul has turned the base in Ramstein into a huge tent city. Those seeking protection are also housed at the US military facility Rhein Barracks Ordnance in Kaiserslautern. Blinken wants to get an idea of ​​the operations during his visit to Ramstein.