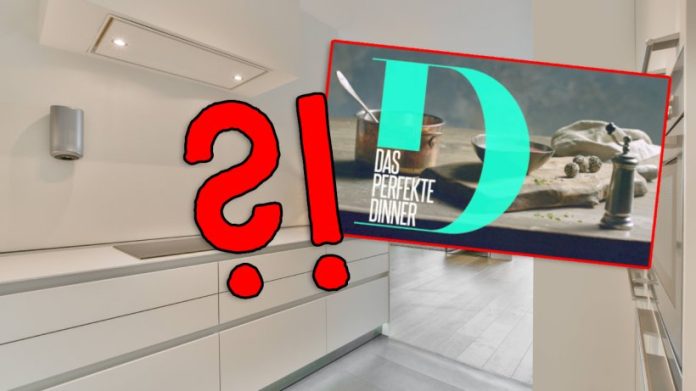 “The perfect dinner”: the filter causes great confusion – “Do you not have a refrigerator?”

In the summer this candidate will be in “The perfect dinner“It became very difficult.

Self-employed master carpenter Timo has to “The perfect dinner“Cooking in two different kitchens on Thursdays. When the Vox team accompanies him to prepare their roster, it becomes clear why.

The Perfect Dinner contestant hosts dinner at his brother’s apartment

This week, the filming team from “The Perfect Dinner” will be traveling to Würzburg. 29-year-old Timo is already waiting for them in Karlstadt, Lower Franconia. The passionate amateur musician shares an apartment building with his father and brother.

Luckily! Otherwise, Timo would have had serious problems on Thursday. Since his apartment is too small for TV dinners, they dined together at Timo’s brother’s apartment. He also has a much better equipped kitchen than Timo himself.

After a short tour of his own apartment, the master carpenter is already preparing the recipes for the evening. In the middle of his preparations, Timo suddenly asked himself: “Where’s my juice?”

While most people were now running to the fridge, Timo goes to the kitchen window and opens it. “This is our normal refrigerator,” he explains to the camera crew. And indeed: on the outside windowsill are two heads of lettuce, a bottle of juice and two bottles of strong liquor. “CO2 neutral and with a view!” Vox spokesperson is a miracle.

Then Timo explains that his refrigerator is too small to store everything inside. “It’s really a problem in the summer.”

More on “The Perfect Dinner”:

Residents also noted the alternative method of refrigeration, saying, “Neighbors always say: Man Timo, don’t you have a refrigerator?” But hey, they’re used to it.”

Fortunately, his brother’s apartment has a more spacious refrigerator, so Timo scored 35 points at the end of the episode.

You can watch the full episode of “The Perfect Dinner” at 7 p.m. on VOX. If you miss a show, you can then stream it on RTL+ (formerly TV NOW):