Home Tech The Last of Us Part 1: This new version is unnecessary! 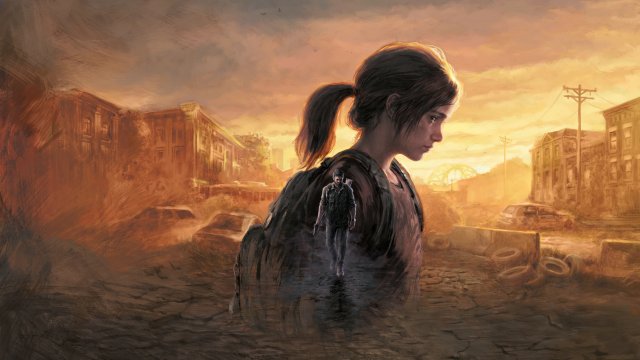 Pack up your gas mask and throw on your bite-proof leather jacket: it’s time to plunge back into the world of The Last of Us full of fungi and zombies! At Summer Game Fest, developer Naughty Dog officially announced the remake of the first part of the series. Starting September 2, you can experience the award-winning action adventure once again on Playstation 5 – with all the fun features that current-generation console hardware has to offer. The graphics, for example, have been revised in bold: the effects look smarter. The facial animation has received an overhaul. In general, the detour to Post-Apocalypse looks more detailed, even more realistic, and more attractive.

There are also some additional technical tricks. 3D audio, haptic feedback, and adaptive triggers are supported for the Dualsense Controller. There are more access options. AI is working smarter, the exploration and combat systems are overhauled and the controls are improved. In short: something is built from scratch.

Does a remaster need a remake?

It doesn’t look bad at all. The only question I have is: Do you even need it? Of course I get the basic idea: you want to make the game accessible to a wider audience – also because it should also appear on PC in the future. And yes, I also know that The Last of Us has a huge and enthusiastic fan base. She loves the characters, the setting, the story and the moral balancing act.

But what stops them from just playing the original again? All of these qualities are still present. And the adventure graphics don’t look terribly dusty from today’s perspective. It can be played on PC via PS Now, and optionally, a simple port would have satisfied the many fans out there even today. After all, the game hasn’t aged badly, but it’s still completely up to date by current standards. That may be because the original The Last of Us isn’t even ten years old and has been pretty much updated since its original release on PS3 in 2013.

In 2014, the title was reworked for PlayStation 4, including HD textures and a fixed frame rate of 60 frames per second. A PS4 Pro version with 4K support and other performance upgrades followed in 2019. And only in 2020 did the developers release a patch that significantly reduced load times – from a minute and a half at the start of the game to just 14 seconds! Nobody can tell me that the title can’t be easily played via PS5 backwards compatibility!

Why not Jack and Daxter?

Well, I might let the gameplay pass as a valid swipe point halfway through. The combination of combat, stealth, exploration, and crafting lacks a bit of depth. Game elements from Part 2 – crawling, dribbling or silencers – can provide more content. But the original is not bad to play, with the best will in the world! On the contrary: with an average rating of 95, it is still considered one of the best games of the last decade, if not of all time! Anyway, I’ve never heard anyone in the past eight years say, “You know any game that could use a remake? The Last of Us!”

Instead, there will be plenty of other, more logical candidates to choose from: With the Jak and Daxter series, for example, developer Naughty Dog will have a few old classics in its in-house portfolio that really deserve an overhaul! The first part called The Precursor Legacy finally appeared in 2001 for PS1.

The next page
The next page
go to comments (7)
See also  MacBook Air: New Dual USB-C Charger and Color-Coordinating Cables