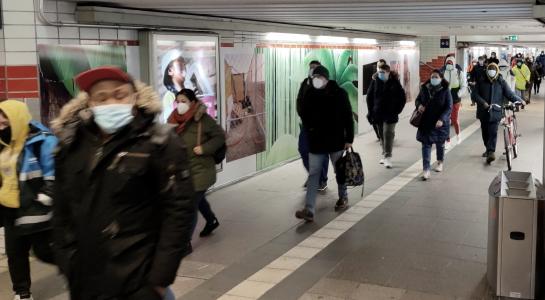 BERLIN (DTS News) – The Greens have criticized the federal emergency brake bill as insufficient. Catherine Goering-Eckhardt, leader of the parliamentary Green Party group, told the Funk Media Group newspapers (Monday editions) that he was “in dire need of improvement” in several places.
“It now takes extensive restrictions and constitutional measures to break the third wave.” In particular, the economy and the world of work must be obligated to do more to prevent contagion. Göring-Eckardt called for mandatory testing for employers. In addition, “regardless of the injury, the use of home office options and the wearing of medical masks should be mandatory.” In addition, there should be a uniform nationwide regulation “of 100 occurrences in a district, alternating classes with appropriate protection concepts and mandatory tests being taught twice a week and day care centers switching to emergency care,” Göring-Eckardt called. “In order for families in particular to be able to cope with this difficult situation, we want two permanent families to be able to meet and that some outdoor activities such as sports for under the age of 14 or visits to the zoo with appropriate protection concepts are possible.” Göring-Eckardt also called for a distinction to be made between vaccinated and unvaccinated people, “because vaccination removes the risk of infection.” Especially in nursing homes and nursing homes, vaccinated residents are no longer allowed to isolate in their rooms.
See also  The world's most ridiculous electric car: The new Hummer supercar can do it