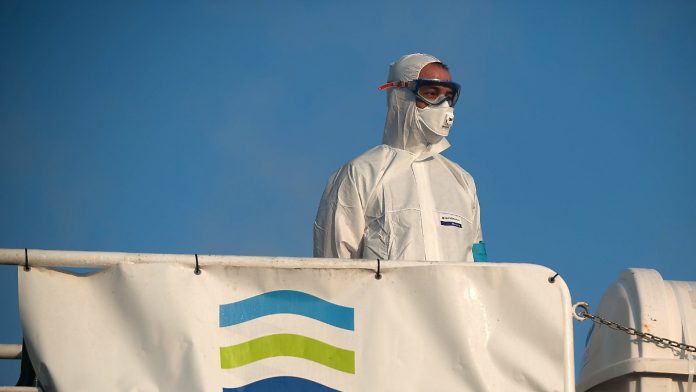 The report on the European Union raises the alarm

Many shortcomings, hardly any efficacy in Frontex

Since the refugee crisis, the EU has been working to improve common border protection. But Frontex’s staff is hardly effective, according to a report from the State Audit Bureau. It suffers from regulatory flaws, home-made scandals, and a lack of support from member states.

According to experts from the European Court of Auditors, the European border protection agency Frontex has not yet made the expected contribution to the fight against illegal immigration and cross-border crime. According to a special report published this afternoon, support for nation-states in these areas is “not effective enough”. Accordingly, the agency, which has been significantly expanded since the refugee crisis in 2015/2016, has not been able to form a complete and up-to-date picture of the situation at the external borders of the European Union. The report says that after joint operations with border protection units from member states, there is also no strong assessment.

Failures in Frontex itself, but also on the part of the EU countries, are cited as the cause of the shortcomings. Experts complain that Frontex, for example, has not taken the necessary measures in staff planning to adapt the organization in such a way that the delegation can be carried out. The head of the authority, Klaus-Heiner Lehn, spoke in the Frankfurter Allgemeine Zeitung about a “pending case” of organizational impotence.

At the same time, there is criticism that some member states have not provided the information required for Frontex to operate or have provided incomplete and minimal data. In the field of transnational crime, there is no adequate framework for the necessary exchange of information, auditors write.

Frontex is not equipped for new missions

The deficits are also seen as problematic because Frontex is expected to grow significantly in the coming years and take on additional tasks. Plans envisage a gradual increase in the number of border guards from about 1,500 to 10,000 border guards by 2027. The deployed Frontex forces should then be able to carry out border control missions, for example with the consent of the respective host country.

Frontex was founded by the European Union in 2004 and expanded into the European Border and Coast Guard Agency after the refugee crisis that began in 2015. Actual border protection still falls under the responsibility of member states, but the agency is supposed to ensure joint management of external borders and provide effective support to border protection units. national if necessary.

Instead of a significant advance, there has recently been a fundamental criticism of the work of the Frontex modules. Among other things, it concerns the possible unlawful rejection of persons seeking protection at the external borders of the European Union. According to media reports, Greek border guards have illegally driven boats with migrants back to Turkey several times. It is said that Frontex officials were nearby and did not stop him. Several agencies in the European Union are investigating the allegations. Frontex President Fabrice Legere has not yet seen anything wrong with his authority.