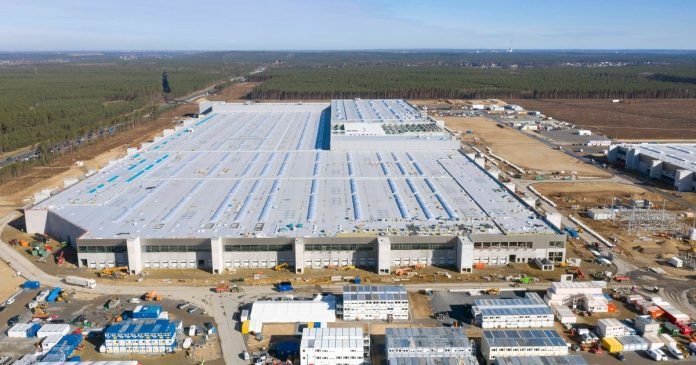 Berlin – Shortly after the flying visit of Tesla chairman Elon Musk, the American electric vehicle maker received another early approval to build its plant in Grünheide near Berlin. The State Environment Office approved that machines and units can be installed in the final assembly. This included, among other things, machines for assembling the interior and cockpit, combining the chassis, the engine and the battery pack, for fixing the windshield, center console, doors and seats, the Environment Ministry announced on Wednesday. According to the information, this is the thirteenth early admission.

According to the ministry, another application is being examined to approve the early start of the operational reliability test of individual system parts in the coating workshop and press workshop. Tesla plans to build around 500,000 Model 3 and Model Y compact cars annually. So far, Tesla has been built with individual temporary approvals because the full environmental approval from the state of Brandenburg is still pending. Conservationists and residents fear negative consequences for the environment.

The start of Tesla production was delayed

The car manufacturer originally wanted to start production in July. However, there is a risk of starting at a later time: According to the government’s Environment Agency, the request for approval of the project must be publicly interpreted again because Tesla wants to include a battery factory in the previous application. “At the moment it seems we can start production at the end of the year,” Tesla president Elon Musk said on Monday during a visit to Germany.