Home World Tens of thousands of investors affected: an international crypto ring has been... 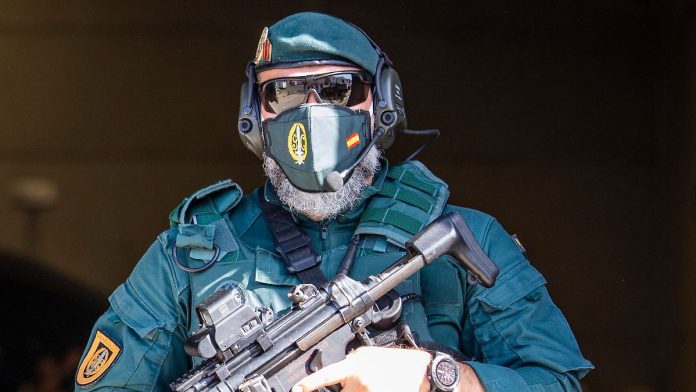 Investigators from several European countries uncovered a gang of fraudsters and arrested several suspects. They are said to have deceived tens of thousands of investors with fake cryptocurrency transactions. The damage is estimated at 2.4 billion euros.

Spanish police, in cooperation with authorities in Germany and other European countries, have arrested a gang that allegedly stole an estimated €2.4 billion from fraudulent trading in cryptocurrencies. According to the Spanish Guardia Civil police unit, more than 17,000 investors have been scammed in Spain alone. The total number of victims can reach hundreds of thousands.

Spanish officials, in cooperation with the country’s authorities, arrested two suspected gang leaders in Albania on November 8 and 9. She added that investigations are underway against 16 other suspects. The Guardia Civil said it has worked with Catalan police Mosos d’Esquadra and with authorities in several other countries – including Albania, Germany, Sweden, Finland, Latvia, Ukraine and Georgia. In the Ukrainian capital Kyiv, for example, a call center with about 800 employees was closed.

Investigations began in 2018 after an elderly woman in the Spanish region of Catalonia reported that she had been cheated out of an amount of 800,000 euros. Possible victims were called from call centers in Albania and other countries. It added that the callers “pretended to be well versed in the financial world. They manipulated their victims with persuasion and promised high profits.” Many trusted the gang and, above all, transferred ever larger sums of money for alleged cryptocurrency transactions. Criminals often succeeded in installing remote access software on victims’ computers.

“We estimate that the gang earns about 400 euros per minute,” she added. But now it has been broken. A Civil Guard spokesman said: “They thought they could operate with impunity, but now they were taken by a nasty surprise.” Many of the gang’s employees seem to know nothing about the criminal background. A police spokesperson said upon request that they should not be held accountable by the relevant state authorities. How many casualties there may be in Germany and other countries were not initially reported.

Breakthrough at hand: Nuclear treaty with Iran about to be signed