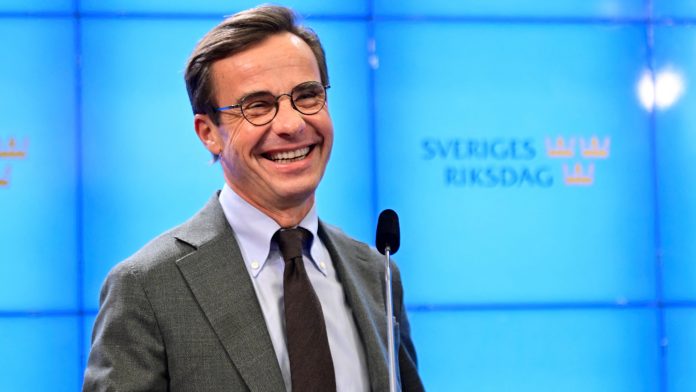 About a month after the elections in Sweden, the right-wing parties agreed to form a new government. They do not include the far-right Democrats, but they support the coalition in Parliament.

In Sweden, three right-wing parties have agreed to form a government backed for the first time by the far-right Swedish Democrats. Ulf Christerson, the leader of the conservative moderates, announced that the moderates, Christian Democrats and liberals had agreed to “form a government and work with the Swedish Democrats in Parliament”. Christerson is due to be elected prime minister on Monday.

In the September parliamentary elections, the right-wing bloc won a slim majority of 176 of the 349 seats, replacing the left-wing camp that had previously ruled around Social Democratic Prime Minister Magdalena Anderson. The biggest winners were the far-right Swedish Democrats, who, for the first time in Sweden’s history, became the second most powerful force and demanded a share in the new government.

Swedish Democrats with a record score

Even before coalition negotiations began, the Liberals announced that they would withdraw their support for Christerson if he brought the far right to the cabinet table. However, the coalition that has now been agreed upon is supported by the Swedish Democrats in Parliament.

Minority governments are not uncommon in Scandinavia – but what is new is that such a constellation in Sweden would depend on the support of right-wing populists.

In terms of content, the parties to the alliance agreed, among other things, to build new nuclear power plants in Sweden. “New nuclear reactors are being built,” the leader of the Christian Democrats, Ebba Bush, announced at a press conference.

A man disappears from a cruise ship and is rescued a...