Home World Suspected drone strike: bombing of an oil tanker off the coast of... 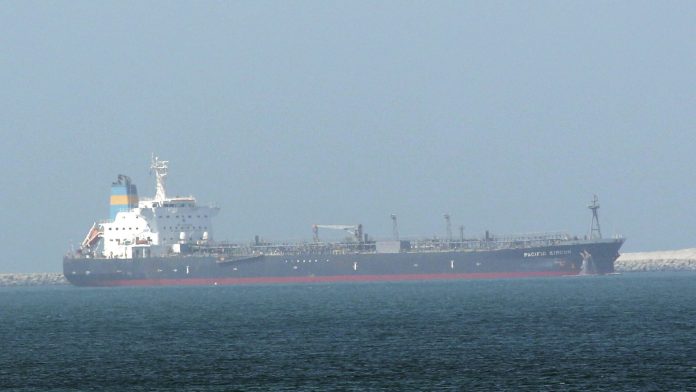 The Pacific oil tanker Zircon was bombed off the coast of Oman. Nobody gets hurt. The tanker is owned by an Israeli billionaire. It is not yet clear who is behind the attack.

An oil tanker was hit by a “shell” off the coast of Oman. This was announced by the operating company Eastern Pacific Shipping. The “Pacific zircon” loaded with gas oil sustained minor damage. The crew was unharmed, and none of the ship’s tanks ran out of cargo.

Eastern Pacific Shipping is owned by Israeli billionaire Idan Ofer. Three maritime sources told Reuters news agency that a drone had attacked the tanker. An Israeli official told the dpa news agency that Iran was responsible for the attack and used the Shahed-136 drone.

The United States also holds Iran responsible for the attack

The Prime Minister’s Office and the Israeli Defense Minister declined to comment on the incident. The United States also blamed Iran for the attack. US President Joe Biden’s National Security Adviser, Jack Sullivan, said that Iran has used a drone as far as we know. Sullivan said that drones are being used increasingly in the Middle East by Iran and its proxies.

A British military organization that monitors shipping in the region told the Associated Press that it is aware of the incident and is investigating it. Iran’s Norn News, in turn, blamed Israel for the attack.

The incident comes at a time of heightened tensions between the West and Iran. In 2019, the United States blamed Iran for a series of attacks on oil tankers off the coast of the United Arab Emirates. At that time, Tehran had begun to intensify its nuclear program after the United States withdrew from the international agreement restricting it.

In July 2021, a suspected drone attack hit a petroleum product tanker operated by an Israeli company off the coast of Oman. Iran denied the allegations of responsibility.