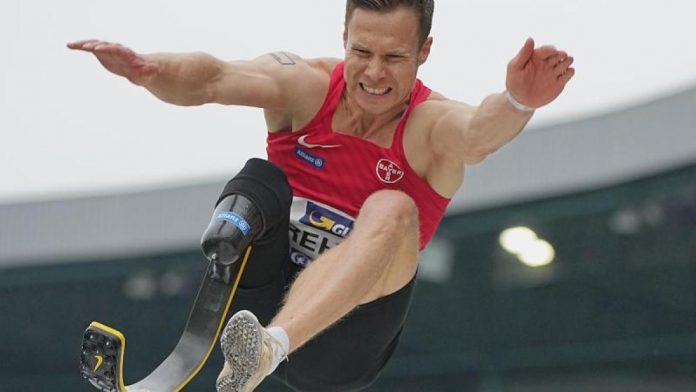 According to a report in the Frankfurter Allgemeine Zeitung, compensatory runner Markus Rehm will contact the International Court of Sport (CAS) Kas to confirm his right to participate in the Olympic Games in Tokyo.

Three-time Paralympic long jump winner, after one incident The right leg is missing, and it clearly met the qualification criteria for this year’s Summer Games with 8.62 metres.

According to the complaint, Rehm (32) advocates unrestricted admission to the long jump competition; FAZ wrote that admission out of competition or in a separate assessment is only required as an alternative. Officially, Rehm demands a halt to the implementation of the decision Olympic Games to exclude. An athlete who, despite his “disability”, the qualification standard that applies to everyone, cannot be called simply a disabled athlete and Games for people with special needs He is appointed alone, as stated in the suit. from German Olympic Sports Federation (DOSB) and the German Athletics Federation (DLV) ask the Leverkusen resident to confirm his candidacy.

Rehm was not allowed to start after the World Athletics Games

The DLV Federation had suggested Rehm to DOSB to participate in the Games in a separate evaluation, noting that the Federation had not exhausted his team in the men’s long jump. The DOSB reported on Rehm, and Rehm’s attorney Michael Lehner wrote in his lawsuit, “to the best of our knowledge” to the IOC (International Olympic Committee) as a member of the German Olympic team. The IOC notified the DLV on July 6 that, according to World Athletics, Rehm was not allowed to start.

The IU is based on Rule 6.3.4, which states that the prosthesis is a mechanical aid. So the athlete must prove that he has no advantage. Cass called the rule illegal and invalid last fall. The federation must now provide the evidence, not the athlete.

Vaz wrote that the CAS department for the Olympic Games in Tokyo refused to deal with the case. The dispute began before the ten-day period prior to the matches. So, Cass must decide.

Formula 1 as ‘Billionaire Sons Club’: Vettel and Hamilton grumble about...