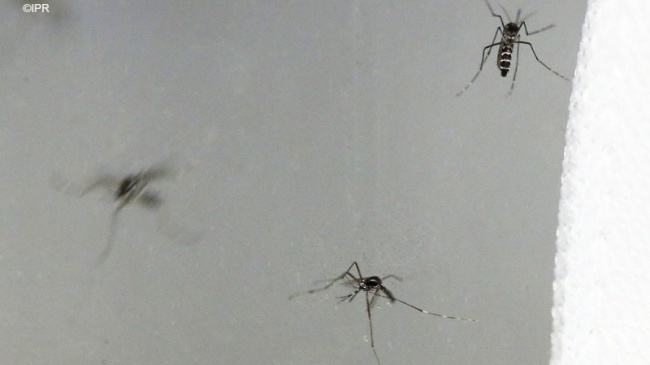 In Indonesia, an experiment was conducted on the mosquito itself with the aim of reducing the spread of the dengue virus. The use of a bacterium called ‘Wolbachia’ on mosquitoes would greatly reduce the transmission of dengue fever from human insects. The results of the trial, which were conducted on 312,000 people, showed a 77% reduction in dengue cases. An important finding when many countries are now affected by dengue fever. In La Réunion, the epidemic has been going on for more than three years. (Image caption rb/www.ipreunion.com)

It is a scientific discovery that could have results in the fight against the dengue virus. In Indonesia, in the province of Yogyakarta, which is severely affected by dengue fever, a study was conducted on the same mosquito. Through the World Mosquito program, Followed by the site De La BBC.

The method involves applying Wolbachia bacteria directly to mosquitoes, to “reduce their ability to transmit the virus to humans,” the study explained. The colony of infected mosquitoes has been identified by scientists since 2013 in the laboratory.

The mosquitoes contaminated with this bacteria are then released into a specific area. In the present case, the experiment was focused within 26 square kilometres. “In collaboration with the community, the study site was divided into 24 groups, each group covering an area of ​​1 square kilometer. Of the 24 groups, 12 were randomly selected to receive ‘Wolbachia’ publications. The other 12 were not processed,” explains World Mosquito A ‘randomized’ methodology that allows the health impact of a trial to be studied as accurately as possible.

Then, the 12 groups studied were followed up for four. Infected mosquitoes were actually released between March and December 2017. Analyzes were completed in July 2020.

It was found, according to the results of this study published in June 2021, that dengue cases decreased by 77%, and hospitalizations related to dengue fever decreased by 86%. For the researchers, these encouraging results, although obtained in the long term, give hope that extensive research in this direction would make it possible to reduce or even eliminate dengue fever in the various countries involved.

In La Runion, the epidemic has been going on since 2018 DJ. From 24-30 May, 1,750 new cases of dengue were confirmed. Since January 1, 2021, 12 deaths directly related to dengue have been recorded, 20,800 cases have been confirmed, 529 hospitalizations and 2,738 emergency room visits have been recorded. In our department, the regional health agency focuses primarily on mosquito control operations. The sterile insect technique (SIT) is also being tested in several municipalities. Recently, the city of St. Joseph tested a new method: male mosquitoes carry biocides to kill females and prevent the spread of larvae.

A Known Antibiotic That Can Kill It “At the Source”

Cognitive performance: Caffeine is not a panacea