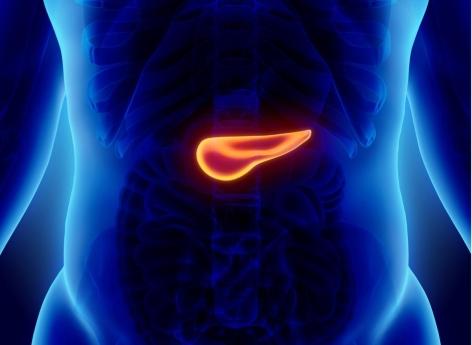 It is not the most common type of cancer, but it is one of the most dangerous: pancreatic cancer is often diagnosed late. Researchers from the National Cancer Research Center in Madrid and the European Laboratory for Molecular Biology may have found a solution to speed up the screening process: according to their work published in the scientific journal GutThe analysis of stool samples will make it possible to detect the disease early.

This study was conducted using samples of saliva, stool, and pancreatic tissue, provided by 136 patients. Researchers have discovered a molecular signature associated with 27 microorganisms present in stool samples, which can predict the risk of pancreatic ductal adenocarcinoma. In contrast, they found no association between oral microbiota and pancreatic cancer. “Sophisticated biostatistical and bioinformatic analyzes allowed us to construct a signature of 27 faecal-derived microbes, mostly bacteria, that well distinguish cases of pancreatic cancer from controls, both in the more advanced stages and in the more advanced stages.study authors say. Thus, this method will make it possible to detect cases of pancreatic cancer even in the early stages.

The need for early diagnosis

“Symptoms of pancreatic cancer are silent and often appear in the later stages of the disease, when tumors usually cannot be removed with surgery. Remind the authors. Therefore, there is a great need for non-invasive and affordable tests that can detect the disease early.” according to l’InsermRate The five-year survival rate for patients diagnosed with pancreatic cancer is less than 7%, largely due to late diagnosis. Ultimately, this new screening tool will increase the patient’s chances of survival. “The disease must be diagnosed at an early stage, before symptoms appear‘,” the authors insist. The most common are abdominal pain, weight loss, fatigue and loss of appetite.

See also  Up to 10 IQ loss points...: What Covid can really do to the brain

The first case of monkeypox was discovered in Brazil