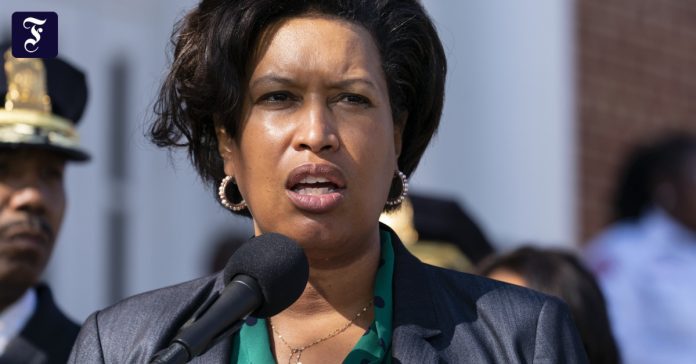 The Republican states of Texas and Arizona allow immigrants who reach the United States through Mexico to continue their journey directly. The capital now has to deal with the situation – which is not easy.

DrMayor of the American capital WashingtonMuriel Bowser declared a state of emergency in the face of several buses arriving in the city with immigrants from the Texas border area. It announced Thursday (local time) that it will open a new coordination center due to the “ongoing humanitarian crisis” to better support people when they arrive.

The District of Columbia will initially provide $10 million and then seek federal reimbursement. The declaration of a state of emergency allows the transfer of federal funds.

Texas and Arizona pass through

Bowser responds to the ongoing conflict with the Republican governors of Texas and Arizona on the border with Mexico. In the spring, governors began moving immigrants from the border regions to Washington, New York, and Chicago in order to hand over responsibility to the democratically administered cities.

In Washington alone, more than 9,000 immigrants are reported to have arrived on buses. “With this plan, we remain true to our values ​​and build a system that supports an empathetic, consistent, and well-coordinated response,” Bowser said.