Home science Spain wants to learn to live with the virus and do what... 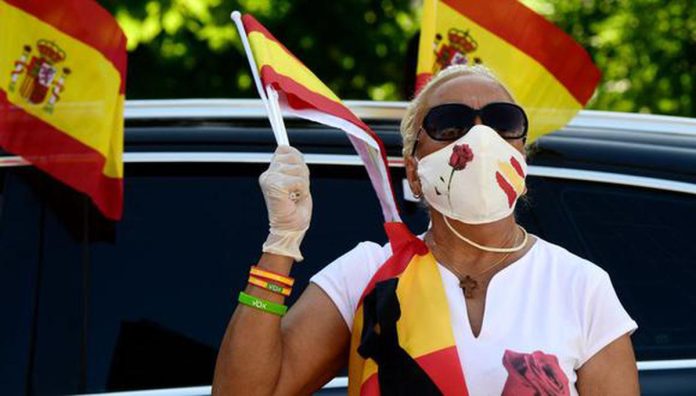 At the heart of the Omicron wave, European countries are already wondering about the future. Some, like Spain, suggest changing the strategy and watching the coronavirus as if it were a common flu.

Last week, the European Medicines Agency estimated that the meteoric spread of the Omicron variant should turn Covid-19 into an endemic disease, with which humanity can learn to live.

The EMA also encouraged countries to move from an emergency monitoring system to other more sustainable and goal-oriented systems, such as what Spain is preparing. “We hope that more member states will want to move to a sustainable long-term monitoring approach,” said a representative of the European Agency. For the newspaper “El Pais”.

Spanish health authorities are developing a pilot plan to monitor the disease, as has been the case for years with influenza, with a network of sentinel doctors whose diagnosis allows them to see how the virus is progressing. In this scenario, a systematic examination of every case would not be necessary.

Anyway, it became almost impossible. With the Omicron wave the paradigms evolved. The rapid rise in the infection rate makes contact tracing impossible, and has overwhelmed diagnostic capabilities, in Spain as elsewhere. The reduction in quarantine and isolation agreed to by many countries goes in this direction: “One cannot live permanently in an emergency or endanger economic activity.”

But the European Commission does not agree with this development and the World Health Organization warns that even if the alternative Omicron is considered “lighter”, it remains dangerous. According to WHO experts, “To treat Covid as an endemic disease, cases will need to stabilize and show more predictable patterns, which has not happened so far.”

Spain has made it clear that it does not favor an immediate change in strategy. On the other hand, Pedro Sanchez’s government wants to be ready to act once the wave is over. “Without a doubt, it’s time to open the debate.”

The discovery and isolation of the first case of monkeypox

COVID-19 – Is it a trigger for Alzheimer’s disease? Healing...