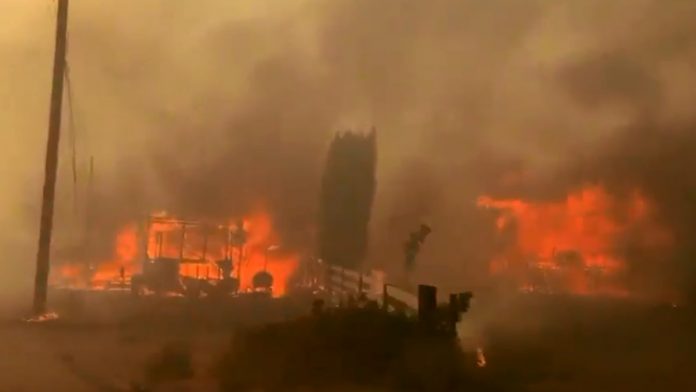 The news of the past few days is troubling: The village of Lytton broke a national heat record of 83 years. However, the thermometer will rise more in the following days. There are many deaths caused by heat. Then a fire broke out.

After days of soaring temperatures, residents of the Canadian town of Lytton were forced to flee their homes due to a raging fire. Mayor Jan Boldermann received a Wednesday night Evacuation order in British Columbia, the CBC television broadcaster reported. “It’s horrific,” he told the radio. “The whole city is burning.” “It took about 15 minutes from the first signs of smoke to the point where suddenly fire broke out all over.”

Previously, Lytton had set temperature records for three consecutive days. According to the Met Office, the thermometer showed 49.6 degrees Celsius on Tuesday in the town of about 250 people, an “all-time record for temperatures”. Lytton is located about 260 kilometers northeast of Vancouver.

Because of the fires, many residents had to go down to safety, some without their belongings, CBC reported. The fire department reported several fires in the area on Twitter. Dimensional information was not initially available. The ongoing heat wave in western Canada has already caused hundreds of deaths, according to authorities.

From Friday to Wednesday, the West Coast County Coroner said, 486 sudden and unexpected deaths were reported in British Columbia. This number is likely to increase. It’s 195 percent higher than the usual average for a similar period. The agency hypothesized that the sharp rise was related to the extreme heat. Record temperatures have also been taken in the western United States in the past few days.

See also  "Go back to Minsk!": Poland warns migrants via SMS before entering the country