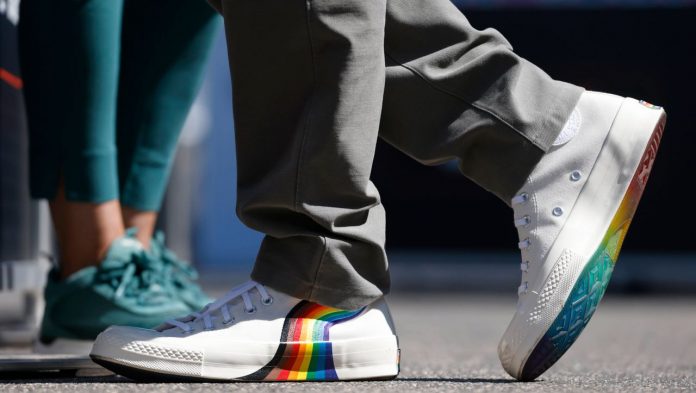 Ahead of the Formula 1 race in Budapest, Sebastian Vettel and Lewis Hamilton have taken a clear stand on the planned referendum against the rights of non-transgender people (LGBT) in Hungary. “It’s a shame for the country,” Vettel told a news conference on the track northwest of the Hungarian capital. The 34-year-old asserted that he could not understand why the government was suffering so that people could simply live as freely as they wanted.

Hungarian Prime Minister Viktor Orban recently announced a referendum on a controversial law against heterosexual people. Among other things, the law prohibits advertising in which homosexuals or transsexuals appear as part of normal life. The EU Commission considers it discriminatory and has taken steps against Hungary.

Hamilton has pledged his support via Instagram to those affected by the law. “It is unacceptable, cowardly and misleading for those in power to propose such a law,” wrote the 36-year-old, who has been a longtime human rights campaigner and uses his blunt role to denounce abuses.

“Everyone deserves the freedom to be what they want. No matter what you like or how you feel.” Hamilton urged the people of Hungary to “vote in the upcoming referendum to protect the rights of the LGBTQ community. You need our support more than ever.”

LGBTQ stands for lesbian, gay, bisexual, transgender and homosexual; Critics in Hungary argue that members of these sexual minorities face discrimination. The planned referendum had caused discontent with the European Union.

The German federal government has declared that anti-LGBTQ law violates EU values. European Minister of State Michael Roth said the Hungarian parliament’s decision was a “huge burden”. “There should be absolutely no doubt that minorities, including sexual minorities, are treated with respect.”

See also  But there is no Hungarian surprise?: Griezmann equals France the world champion - sport

Luxembourg Foreign Minister Jean Asselborn found clearer words. “A referendum should be held in the EU on whether to tolerate Orban in the EU,” the EU’s longest-serving foreign minister told Spiegel.

ERC Ingolstadt: 4-2 in Schwenningen: ‘Big win for the team’