Home World Scribal’s killers: did they bomb the Czech Republic in 2014? Domestic... 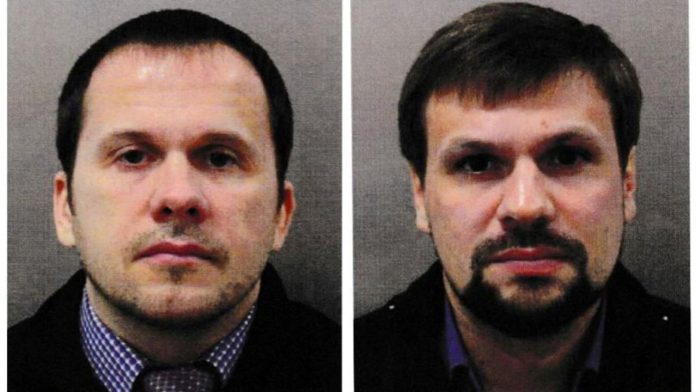 The Kremlin appears to be maintaining groups of killers traveling in Western Europe – controlled by Moscow and from the embassies in Vienna, Berlin and Prague. In the Czech Republic, the authorities are now hot in the wake of the forces! They include the two killers who poisoned former Russian agent Serge Skripal and his daughter Juliga with the chemical warfare agent Novichuk in 2018 in Salisbury, England.

The two killers, Alexander Petrov and Ruslan Bouchirov (assumed real names: Dr. Alexander Myshkin and Anatoly Chipega) reportedly carried out attacks in Western Europe years ago. According to the results of the Czech forensic investigators, the two are said to have carried out an attack on an ammunition depot for the Czech army in Vrptis in the eastern Czech Republic in 2014. The warehouse exploded, killing two people and several places had to be evacuated.

Now, nearly seven years later, investigators are convinced that the attack was the work of the KGB.

The Russian agents are also held responsible for the killing of a Chechen at the Kleiner Tiergarten in Berlin in 2019. The attack is said to have been orchestrated by the Russian embassy in Berlin.

The result: a diplomatic show of force by the Czechs!

Czech Prime Minister Andrej Babis, 66, said on Saturday that 18 Russian diplomats will be deported and they must leave the country within 48 hours. They worked for the GRU and SVR.

The Russian Embassy in Prague is one of the largest Kremlin Secret Service residences in Central Europe. The eighteen diplomats, Babich and his deputy, Jan Hamask, told the press that they were involved in preparing and carrying out the attack. The attack was carried out by Russian killers, apparently two men who later attempted to poison Scribals in Salisbury.

See also  Biden and Putin discuss the situation in Ukraine

Prime Minister Babich said: “Based on the clear evidence from the investigation by the security forces, I must state that there is a reasonable suspicion that officers of the GRU, Unit 29155, are involved in the bombing of an ammunition depot in Vrbětice in 2014.”

Deputy Prime Minister and Minister of the Interior Hamasek compared the situation in the Czech Republic vis-à-vis Russia with that of Great Britain after the Salisbury attacks. So he decided to “expel all the employees of the Russian embassy in Prague who have been clearly identified by our intelligence services as employees of the SVR and GRU”.

Meanwhile, Czech police released wanted calls to the alleged killers and two wanted photos. On it: The Salisbury killers. Both were present on the territory of the Czech Republic at least between October 11, 2014 and October 16, 2014, first in Prague, then in the Moravian-Silesian region and in the Zlin region, where the ammunition depot is located.

Czech police are searching for the alleged attackers with these photos:

Contacts are now being made with other explosions at landfills, for example attacks on warehouses in Bulgaria during the same period.