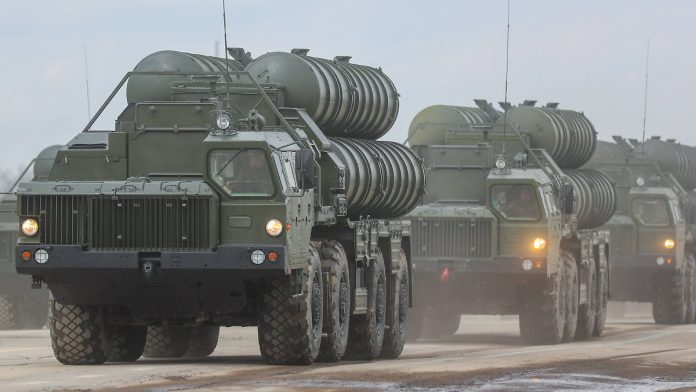 In the fight against Russian air strikes, Ukraine could get help from the former Eastern Bloc countries. For example, Slovakia and Bulgaria have S-300 defense systems that can be used to protect large cities. However, Kyiv also depends on the USA for delivery.

The United States wants to help Ukraine better defend itself against Russian missiles. But the search for suitable air defense systems has proven difficult. According to experts, the Patriot portable anti-aircraft batteries, which have been successfully used in Iraq and the Persian Gulf in recent years, will be ideal. However, the Ukrainian military was not trained to use these advanced American weapons.

Patriot batteries are mounted on trucks and have radar capable of automatically detecting aircraft, drones or missiles within a radius of more than a hundred kilometers. In fact, Ukrainian forces are only familiar with the S-300 anti-aircraft system, which is Russia’s first generation Patriot missile competitor.

True, the S-300 range is somewhat inferior to American technology. However, it would be enough to protect, for example, Kharkiv or Kyiv. However, it is unclear how effective the S-300 systems are against the hypersonic missiles that Russia has used recently. According to Moscow, these missiles are highly maneuverable and pose a challenge to all air defense systems.

The S-300 missiles aimed at Ukraine could come from some of the former Eastern Bloc countries, notably Slovakia and Bulgaria, where US Defense Secretary Lloyd Austin was visiting last week. However, these countries still depend on the S-300 for their security and demand a replacement – that is, the American Patriots – before handing over their anti-aircraft defenses to Ukraine.

On Friday, the Netherlands said it would deploy a Patriot battery to the Siliac military base in Slovakia. Germany had previously announced that it would move the Patriot missile system, along with a military company of the Bundeswehr, to the NATO country bordering Ukraine. But the transfer will take some time, the Dutch Patriot will arrive on April 15 at the earliest. But for Ukraine, every day counts.

While many countries want to provide Kyiv with alternative missiles to the S-300, Ukraine needs many complete systems, including radar and surveillance stations. “The S-300 is better than absolutely nothing,” says Brent Eastwood of e-commerce magazine “19FortyFive.” But this is still not enough. Before the invasion, Ukraine had about a hundred S-300 batteries, according to the site. Moscow claims to have destroyed about 40 of them at the start of the offensive.

Ukraine is a huge country, and just to protect a city, you need a lot of batteries, says Eastwood. “If I was planning the Ukrainian defense, I wanted to have four S-300 batteries in the four cardinal points of Kyiv. Then I would sleep better at night.”

Two other NATO countries, Bulgaria and Greece, have S-300 missiles, but they also need replacements. Even if the US military wanted to loan out Patriot missiles to those countries, it would take several weeks to get there. So Washington is trying to persuade its allies in other regions to temporarily give up their Patriots. But even that is difficult.

US Chief of Staff Mark Milley was on the phone recently with his Japanese counterpart, possibly asking the country to acquire Patriot missiles. The Gulf states also have several anti-aircraft batteries to protect themselves from Iranian missiles, but they have been reluctant to support Ukraine. Saudi Arabia and the United Arab Emirates, two of the world’s largest oil exporters, have close ties with both the West and Russia. So far they have avoided taking a stand against Russia.