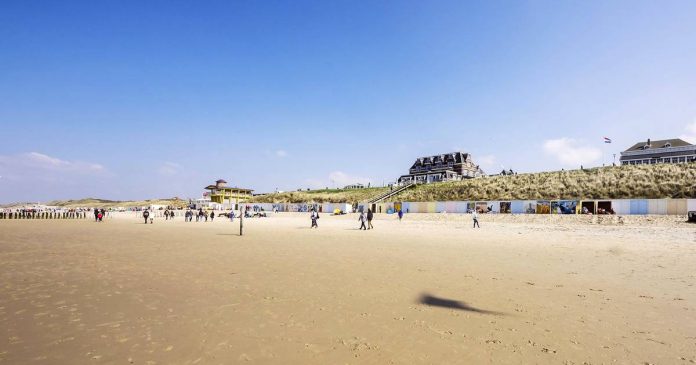 The Hague The Netherlands is also affected by drought. A fire broke out in the sand dunes on the border with the coastal province of Zeeland on Tuesday. A holiday park has been evacuated, according to emergency services.

A bushfire along the dunes on the island of Goeree-Overflakkee in the southern Netherlands forced the evacuation of a holiday park on Tuesday, according to rescue services. The island borders the coastal province of Zeeland, where the fire was also evident, according to public broadcaster Omrop Zeeland. The fire started around 3:45 pm in Browarddam. It was initially said that the dune fire was raging on Zeeland.

The Air Force sent a helicopter to help the firefighters put out the fire. Like other parts of Europe, the Netherlands experiences a drought during long, dry and hot summers. These conditions encouraged fires to break out in many parts of Europe.

Initially, there were no reports of injuries. However, the authorities said that the main coastal road in the province, which attracts many tourists in the summer, has been closed. About 300 vacationers who had to leave the holiday park were instructed to go to a nearby gym.

See also  Confusion with Turkey: Turkey no longer wants to be called "Turkey".

Lambrecht has no time for the Bayern frigate in Wilhelmshaven