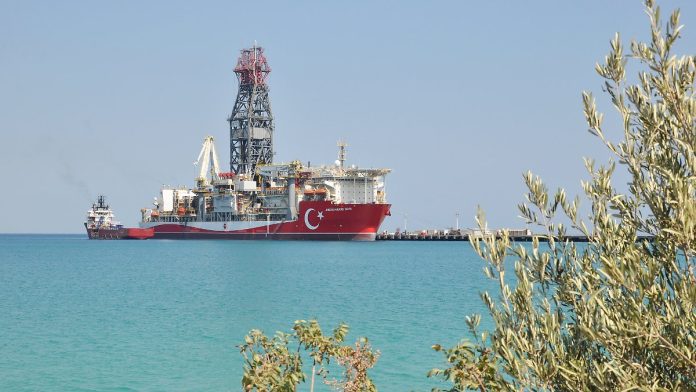 In 2020, Turkey’s gas exploration mission in the Mediterranean led to a serious crisis with Greece, even as Athens mobilized the navy. Now Ankara is sending another drilling ship to the region – is this a new quarrel between the two countries?

Turkey wants to send another ship to explore for gas to make reconnaissance trips to the Mediterranean. The official Anatolia News Agency reported that President Recep Tayyip Erdogan will send “Abdulhamit Han” on Tuesday. The destination and route are not yet known. Neighboring Greece in particular is keeping a close eye on Turkish gas exploration – also because Turkey has not shied away from researching areas that Athens has claimed for itself in the past. Given the decline in relationships, the task seems particularly delicate.

In 2020, the two countries have come to the brink of military conflict. At that time, the Turkish drill ship “Uruk Reis” made reconnaissance trips south of the island of Rhodes, sometimes accompanied by warships. The Greek navy was mobilized. The situation did not calm down until after the “Uruk Reis” exit from the disputed areas.

Regional differences behind the conflict: Greece accused Turkey of illegally exploring the deposits at the time. The government in Ankara has taken the position that the waters belong to the Turkish continental shelf.

The United Nations Law of the Sea defines an exclusive economic zone – EEZ for short – for coastal countries. In this 200-mile area, only the state has the right to exploit the mineral resources. If the coast of another country is closer, then the middle line is applied. So the Greek islands close to the Turkish coast significantly reduce Turkey’s exclusive economic zone. Turkey argues – based in part on interpretations of international law – that the islands do not have exclusive economic zones. Therefore, Ankara defends the explorations as legitimate. It is unclear whether the ship is actually sailing in the controversial waters.

The Greek government has remained out of the limelight so far. According to government departments, there has been enough comment on this subject and frequent reminders that international law applies in conflict with the neighboring country and that the sovereignty of each country must be respected. The same circles also report that the government and the military have long analyzed and played out all possible scenarios for Abdul Hamid Han’s path. If the ship violates Greece’s exclusive economic zone, Athens will respond as it did in the summer of 2020. Meanwhile, Prime Minister Kyriakos Mitsotakis has repeatedly emphasized his willingness to speak. However, if the dispute cannot be settled bilaterally, the case will have to be clarified before the International Court of Justice in The Hague.

Turkey, which is dependent on gas imports, has long felt excluded from the planned exploitation of raw materials in the region. Large gas deposits have already been discovered in the eastern Mediterranean. Experts expect more discoveries. However, whether exploitation is economically compatible and compatible with climate policy objectives is highly controversial. Against the background of the struggle of Western countries for independence from Russian energy supplies, the Mediterranean is again gaining attention, also as a transit area.

More than 50 people were killed in lightning strikes in India