Home World Residents must leave the region: Odessa will be without electricity for weeks 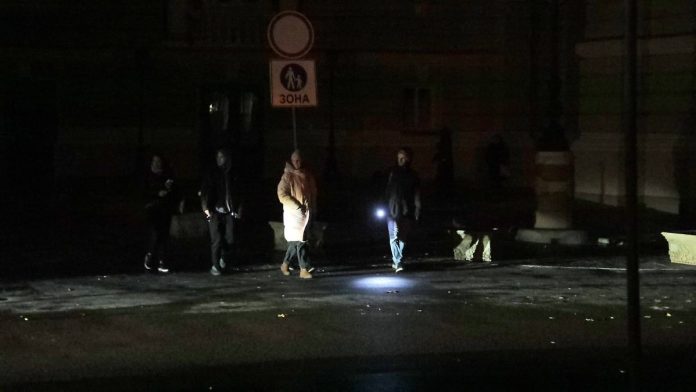 Fifteen Russian-made, Iranian-made combat drones attacked targets in the Ukrainian city of Odessa on Saturday night. Since then, 1.5 million people in the region have been without electricity. This will likely remain the case for several months.

Russian attacks using “kamikaze drones” have caused a major power outage in the southern Ukrainian port city of Odessa. Odessa and other cities and villages in the region in the dark after the night attack by Iranian drones. Ukrainian President Volodymyr Zelensky said In his daily video message. More than 1.5 million people in the region are currently without electricity.

The deputy head of Ukraine’s presidential office, Kyrylo Tymoshenko, said on Telegram that only facilities such as hospitals and maternity wards would still have electricity. The situation is “difficult, but under control”. According to the region’s governor Maxim Marchenko, almost all districts and municipalities in the Odessa region have been affected by power outages as a result of drone strikes. He said that two of the 15 planes were shot down by the Ukrainian air defenses.

The people of the region now have to prepare for the winter without an energy source. “Odessa and almost the entire region are still without light,” said a statement distributed by the electricity supplier on Saturday evening. It may take longer to repair the severely damaged power grid. “It’s not about days or weeks, it’s about two to three months being left out,” state news agency Uniyan quoted the announcement. Residents have been advised to leave the city temporarily if possible.

After a series of defeats at the front and with the onset of winter, Russia began attacking Ukraine’s energy infrastructure. Last Monday, the Russian armed forces launched another wave of missile attacks. On Friday, the Kiev government announced that the regions in the south of the country were the most affected.

Internationally, Russia’s attacks on Ukraine’s civilian energy supply, which have left millions of people without electricity and heat in freezing temperatures, have been met with sharp criticism. Despite this, Kremlin President Vladimir Putin announced this Thursday to continue the attacks.

Democracy or tyranny?: Biden: The world is at a turning point