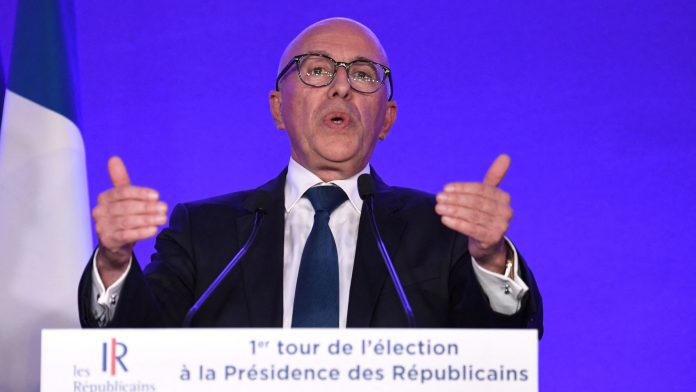 France’s conservative republicans have a new leader. Right-wing hardliner Eric Ciotti is supposed to lead the Republicans back to their former glory after bitter electoral defeats. For President Macron, the staff poses some insurmountable issues.

France’s conservative Republicans have elected far-right Eric Ciotti as their new leader. The 57-year-old MP won the runoff with 53.7 percent of the vote. Ciotti—also known as “Mr. Secherheit”—is seen by his critics as a politician who blurred the line between right-wing nationalists and right-wing nationalists in the past. Ciotti had already finished first in the first round of voting last Sunday. His opponent, liberal-conservative Senator Bruno Retayo, 62, won 46.3 percent of the vote in the runoff.

Back to the old size?

For the bourgeois right, it is about finding a clear objective line again after a series of failures. With Ciotti at the helm, the conservatives want to return to the times when they and their former parties shaped France’s political landscape for decades and provided presidents like Jacques Chirac and Nicolas Sarkozy. And the Republicans are far from it: the strongest force in the opposition is the right-wing National Rally party led by Marine Le Pen.

For the centrist government under President Emmanuel Macron, the crucial question is whether cooperation with the party’s new leadership in the Republicans is possible. Because Macron’s liberals lost an absolute majority in the National Assembly in the parliamentary elections in June, they are counting on the votes of the opposition. The Républicains faction is divided on the matter.