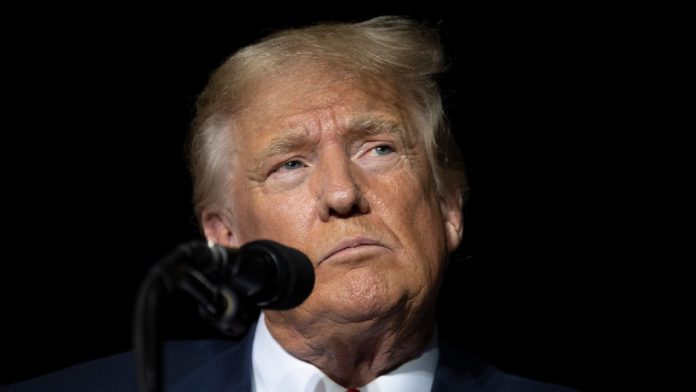 After losing the 2020 presidential election, Donald Trump does not skimp on false information about election fraud. The former US president was aware of the scope of his statements, and a court ruled.

His debunked allegations of widespread fraud in the 2020 US presidential election have exposed Donald Trump to new legal risks. A California judge has found that the former president knowingly misrepresented alleged fraud numbers in court documents. The judge saw this as sufficient evidence of a misdemeanor attempt to suspend attorney-client privilege for several emails between Trump and his attorney, John Eastman.

The lawsuits relate to Eastman’s attempts to keep Trump’s emails before the U.S. House of Representatives Committee of Inquiry into the January 2021 attack on the Capitol in Washington. Trump supporters stormed the Capitol at the time – just as Joe Biden’s victory in the presidential election was due to be officially sealed there. Trump was abetted by his supporters at a White House rally by repeating his false claims that Biden won only through voter fraud.

After the election, Trump and his cronies filed a few dozen lawsuits across the US over alleged voting irregularities — nearly all of which failed. The judge specifically referred to a lawsuit filed in Georgia in which Trump and his lawyers, among other things, claimed that 10,315 deceased votes were counted in Fulton County.

A day later, Eastman wrote in an email that Trump was then told that some information was incorrect. However, the judge noted that Trump and his lawyers “filed the lawsuit with the same incorrect numbers.” Trump also confirmed under oath that all information was correct to the best of his knowledge.

“The emails show that President Trump knew these voter fraud numbers were incorrect, but continued to disseminate them, both in court documents and to the public,” California Judge David Carter wrote. Eastman’s emails are linked to a “plot to defraud the United States”. Eastman is now scheduled to submit 33 documents to the inquiry by October 28. The committee recently decided to recall Trump.