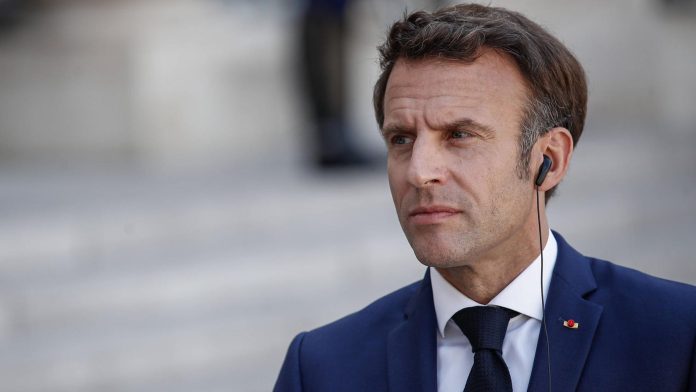 This will be a setback for the French president: things may get tight for Macron in the upcoming parliamentary elections. Above all, a left-wing coalition is competing with him.

In France, President Emmanuel Macron’s coalition could lose its absolute majority in the next general election. That would be a setback for the reforms planned in his second term.

At least 289 seats are required for an absolute majority in the National Assembly. In the 2017 elections, Macron’s centrist camp easily removed this hurdle. Opinion polls also predicted that this position would be confirmed in the next elections – the first round on June 12. But now there are the first two polls that put a question mark on this: Ifop predicted 275 to 310 seats in the 577-seat House of Representatives for Macron’s camp, Elabe Institute predicted 275 to 315.

Voting on Parliament seats is complicated: the run-off takes place in each of the 577 electoral districts in which the candidate received less than 50 percent of the vote in the first round. Depending on who makes it to the second round on June 19, this will result in various alliances on the ground.

A minority government would be unusual in France and would make it difficult for Macron to pass legislation, such as his unpopular plan to raise the retirement age. However, Macron’s previous alliance could also lure conservatives to form a coalition.