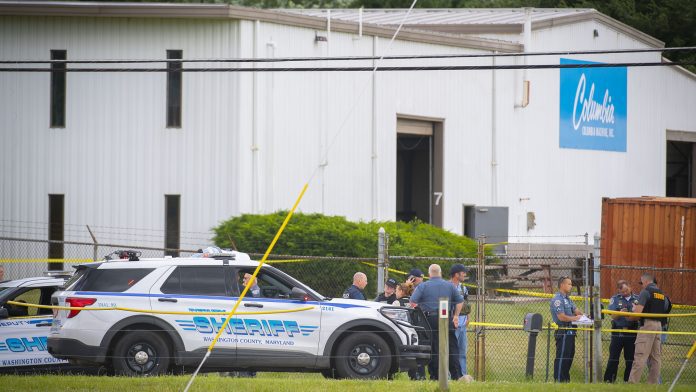 Three people were shot dead at a company in the small community of Smithsburg, Maryland. The suspect was injured in a shootout with police and subsequently arrested.

A gunman opened fire on a building materials company near the American Smithsburg, killing three people. The sheriff’s office said one person was seriously injured.

The suspect then fled in a car but was arrested by the police. According to the authorities, an exchange of fire occurred that resulted in the injury of the suspect and a police officer. Both people will receive medical treatment.

It is not currently clear whether the suspect or the dead were employees of the company. The FBI was involved in the investigation.

US Senator Chris Van Hollen, a Democratic politician from Maryland, lamented the loss of life in the community. He promised to take countermeasures. “Today’s horrific shooting comes at a time when our nation and nation are experiencing tragedy after tragedy and it must stop,” Van Hollen said.

Smithsburg, with a population of about 3,000, is located in western Maryland. The village is about 120 kilometers from the city of Baltimore.