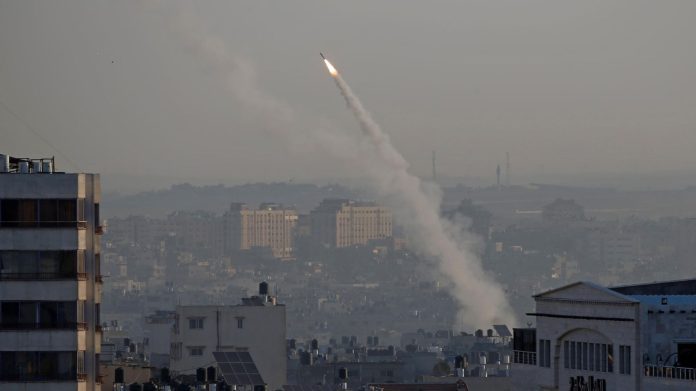 There was silence for about a month – now the radical Palestinians in the Gaza Strip have once again launched a rocket across the border into Israel.

Palestinian militants in the Gaza Strip fired a missile at the Israeli border area for the first time in nearly a month on Saturday evening. The IDF said the missile defense system had not been activated.

There were no reports of injuries or property damage. It was not clear at first who was responsible for the attack. Most recently, several rockets were fired from the Gaza Strip into Israel in early November.

Two members of the Palestinian Islamic Jihad movement were killed during an Israeli military operation in the West Bank on Thursday night. Islamic Jihad is particularly active in the Gaza Strip and frequently carries out rocket attacks from there.

The Israeli army launched a large-scale military operation against Islamic Jihad in early August. According to the military, Palestinian militants have fired more than 1,000 rockets at Israeli towns.

After three days of fighting, a cease-fire was agreed upon. More than 40 people were killed in the Gaza Strip. Hundreds injured. Recently, in the West Bank and East Jerusalem, violent clashes and attacks by Palestinians and raids by the Israeli army have occurred almost daily.

New protests in Peru: a big fire in Lima after a...