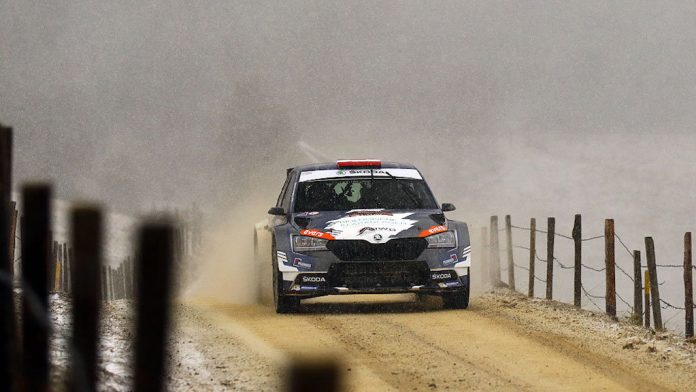 Day two of the 44th WeinbergerHolz Lavanttal Rallye in Wolfsburg started with great fanfare. Not only is the weather expected to change from dry to wet, the rating is also inverted after 6 of the 12 special stages.

Yesterday Hermann Neubauer had his exclusive solo show with great times on all four stages, so today it was Simon Wagner who created quite the sensation with two great shows in the snowy rain. Especially as the state champion only needed a total of 28km to turn the 24sec deficit that opened yesterday into a one-second lead now over Neubauer.

Simon Wagner: “Everything is going according to plan. I already said yesterday that powerlessness does not deter me and that much is still possible given the sudden change of weather. It was winter in Kugel’s shoulder, the highest point of the rally. We couldn’t even see the footprints of Hermann, who He came before us on stage. Just crazy.”

Hermann Neubauer: “Conditions are very difficult. Snow and rain make things pure slippery. Unfortunately, we also made a mistake when it came to tire selection.”

See also  Schalke 04: It's official! The decision was made to court the coach