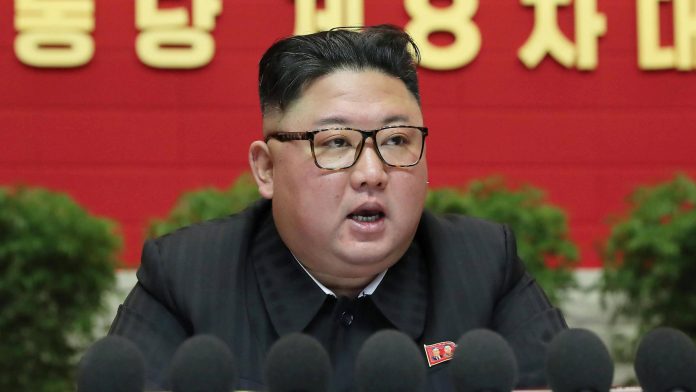 North Korea attacked the United States over its policy towards South Korea. An official article stated that the recent cancellation of the missile agreement testifies to “shameful duplication.”

North Korean state media have criticized the recent cancellation of an agreement between the United States and South Korea that has so far limited South Korea’s ballistic missile development.

The United States will apply double standards when it comes to banning the Pyongyang government from developing ballistic missiles, according to an article published by the official North Korean News Agency on Sunday. The writer is Kim Myung Chol, who is referred to in the report as a “critic of international affairs.”

Kim wrote that the United States was engaged in the confrontation despite its lip service. “The move toward termination is a clear reminder of the US’s hostile policies toward the DPRK and its shameful double standards.” The Democratic People’s Republic of Korea (DPRK) is the official name for North Korea.

Kim said that South Korean President Moon Jae’s welcome to end the guidelines is “disgusting and indecent.” “Now that the United States and the South Korean authorities have made clear their intentions for aggression, they no longer have any reason to blame the DPRK for strengthening its self-defense capabilities.”

A meeting between Biden and Moon

US President Joe Biden and South Korean President Moon Jae-in held a bilateral meeting in Washington in mid-May on rapprochement with North Korea. The two heads of state declared after the meeting that the denuclearization of the Korean Peninsula is their goal.

They want to continue dialogue with North Korea about its nuclear weapons program. North Korea has so far rejected US requests for diplomacy since Biden took office from Donald Trump. Governor Kim Jong Un continues to refuse to give up his nuclear weapons, but has imposed a test ban.