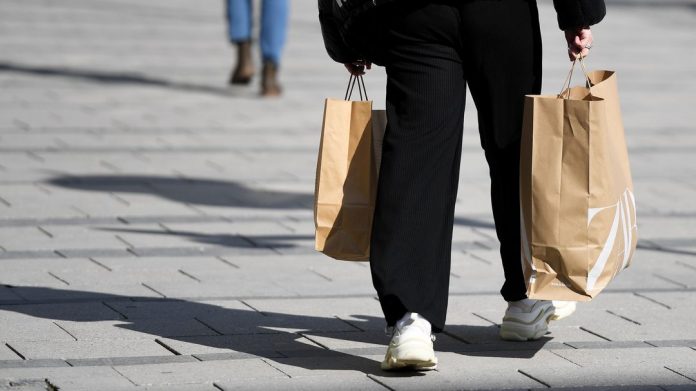 Berlin. The German Trade Association (HDE) has warned of a stricter ban on retail trade in the context of the new version of the Infection Protection Act. “Many non-grocery retailers are losing all expectations due to the announced changes in the Infection Protection Act.” Stefan Jenneth, managing director of HDE, said Monday in Berlin, “Closing stores again with an incidence of more than 100 does not do justice to the situation.” .

HDE: Politics is getting in the wrong places

He pointed to a survey conducted by HDE on 1,000 companies that showed how dangerous the situation is for many non-grocery retailers. According to this, 45 percent of those surveyed see their entrepreneurship presence in severe risk during the year. Jenneth reports that classic downtown retailers have sales of 60 percent below their pre-crisis level last week. As the number of customers in stores was limited in the context of the fight against Corona, the shortage was approximately 30 percent. Where customers were allowed to shop by appointment, the loss in sales was close to 50 percent. Only customers who tested negative were allowed to enter stores, and sales decreased by 62 percent.

Genneth complained that “the politicians are interfering in the wrong places.” Because it is proven that hygiene shopping does not carry any risk of infection. In light of the large sales losses, HDE has also called for improvements in government emergency aid. “If relief measures do not go into effect quickly, many retail companies will reach a tipping point from which things will revert very quickly.”