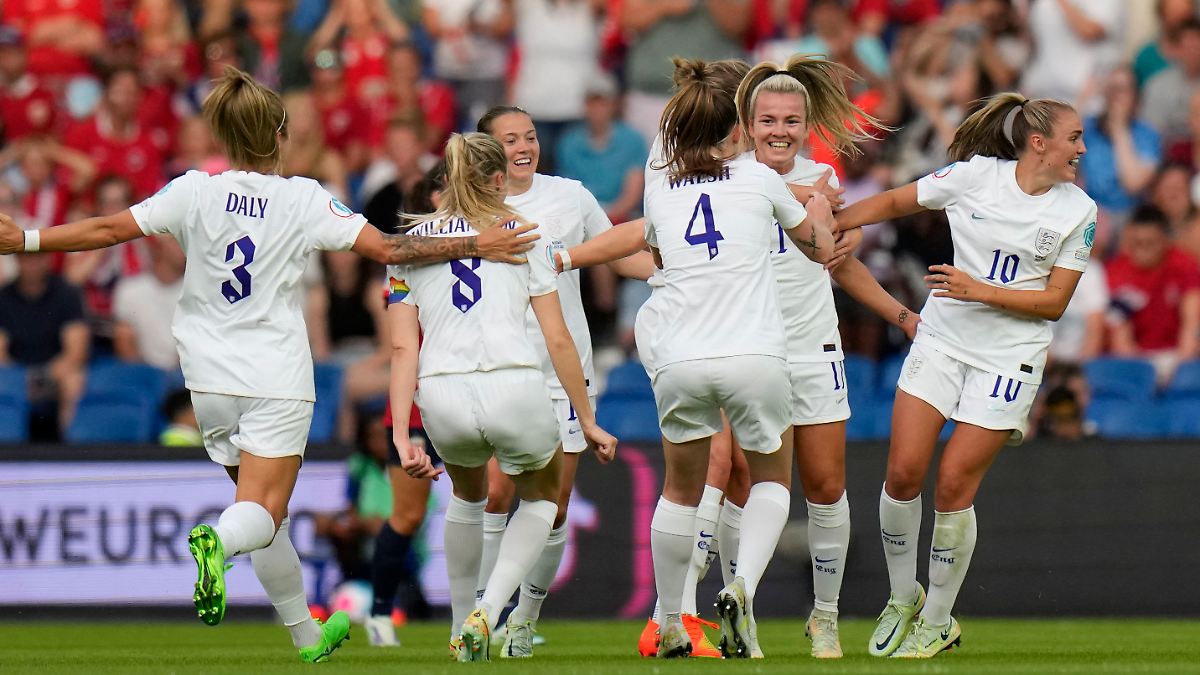 Norway without a chance
England women set record in quarter-finals

With the biggest win in the history of the European Championship, England’s footballers went into the field ahead of the quarter-finals. National coach Sarina Wiegmann’s Lions impressively confirmed their title ambitions with a 8-0 (6-0) thrashing of former world champions Norway. On Friday, the hosts can crown a strong group stage against Northern Ireland.

In the quarter-finals, England are a possible opponent for Germany – provided they finish second in Group B. Tuesday’s (9pm) clash of the German Football Association (DFB) selection against Spain is of great importance.

Austria and Norway in direct combat

Austria benefited from a clear English win, moving up to second in the group. National coach Irene Fuhrmann’s team had a 2-0 (1-0) win over European Championship openers Northern Ireland and are now ahead of Norway on better goal difference. The two teams will fight for the second quarter-final ticket on Friday (9pm).