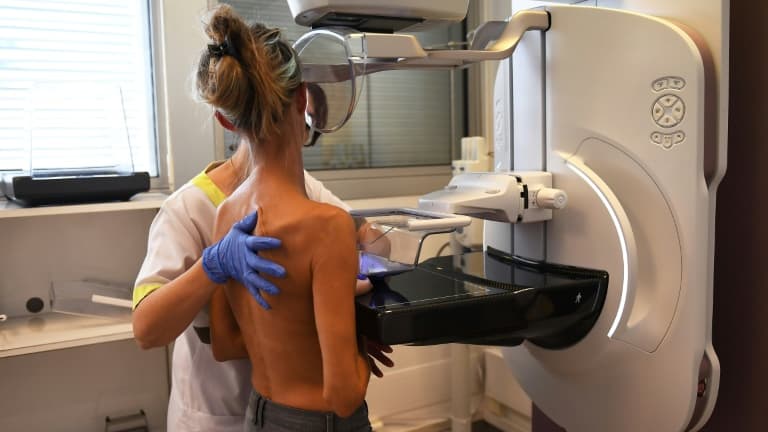 The treatment will be available in France from November 1 to combat the so-called “triple negative” cancer, which affects about 15% of patients.

From next month, hundreds of women with very aggressive breast cancer will have access in France to an innovative treatment that prolongs survival by several months: “hope” while waiting for other treatments.

While it is common knowledge that breast cancer can now be cured, this is not the case with so-called “triple negative” cancer, which affects about 15% of patients, or 9,000 new cases each year. Its characteristics: that it does not present any mark (hormonal receptor or HER2 protein) on the surface of cancer cells, capable of responding to the existing targeted therapy.

The risk of recurrence is high: 30% within three years of diagnosis. In the case of recurrent metastases, the prognosis for this cancer has not improved over the past 20 years due to a lack of effective treatments: the five-year survival rate is 11.3%. Affected women are often smaller than average (40% less than 40).

Aude Le Roux, 35, is in this case. His “triple negative” cancer has spread, which was discovered in March 2020. A mother of a three-year-old she “would like to see him grow up,” she knows months are now numbered for her. The only tangible hope at the moment: to have a new treatment in France in the near future, Trodelvy: “This is not a miracle cure but it will allow months of life to be gained,” she said.

This new treatment is an antibody treatment combined with chemotherapy, manufactured by the American laboratory Gilead, and is intended for women “in the event of treatment failure” after having already received two other treatments.

“It’s a real breakthrough, we’ve never had such good results in this case for metastatic triple-negative breast cancer,” says Delphine Loirett, M.D., a medical oncologist at the Curie Institute and lead investigator on the ASCENT study, which evaluated this treatment.

Health Minister Olivier Veran recently announced to the National Assembly: Trodelvy will be available in France with early access from 1 November.

So far, pending Marketing Authorization (AMM) by the European Medicines Agency, which has just been granted, nominal temporary authorizations for use (ATU) have been granted in France, and only a few dozen women have benefited from it. But then the country faced a supply problem.

“Thanks to the combined mobilization of many actors (associations, oncologists, politicians, media …), we were able to have early access to the laboratory for all patients who need it,” welcomes Isabelle Yoldjian, Director of Medicines in Gynecology at the National Agency for Medicines and Safety. Health Products (ANSM).

We hope for other treatments

Claude Cottier, 52, group spokesman # triple crowd, which was formed less than a year ago by women with triple-negative carcinoma, I can only commend the result of this “teamwork”: “A recent survey showed us that about 600 women are in dire need of Trodelvy” Trodelvy families will be able to stay together longer This gives hope that other treatments will arrive after that.”

Because, like other tumors, metastatic triple-negative breast cancer cannot be cured. “We want to support research, so far innovative treatments for this cancer are almost non-existent, except for clinical trials,” Claude Cottier recalls.

Among the programs underway in France, the Mondrian Clinical Trial of the Institut Curie was launched to be able to estimate whether or not triple negative breast cancer responds to chemotherapy and thus save time. For its part, the Gustave Rossi Institute launched the Compass program, which aims to assess the effectiveness of different combinations of innovative treatments.

Studies have also shown that immunotherapy (a treatment approach that acts on the immune system) improves overall survival for some women with metastatic triple-negative breast cancer.