Home World Negotiations Still Frozen: The EU Is Too Black About Turkey’s Accession 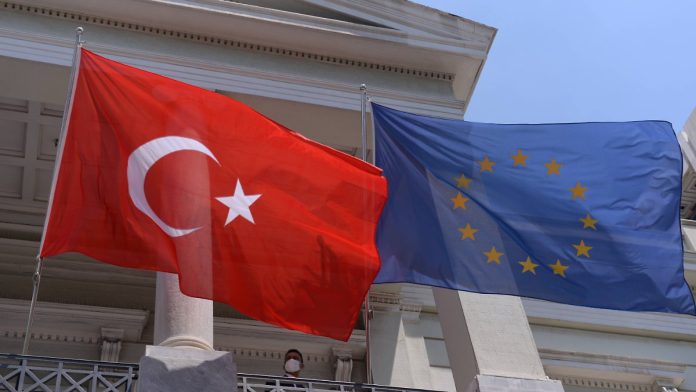 In 2005, the European Union began accession negotiations with Turkey, but the initial activity of the candidate quickly waned. Reforms not only stop, but the country is also regressing. The accession process has been suspended since 2016, and the European Union has now decided it will stay that way. However, they don’t want to announce that the talks are over yet.

EU accession negotiations with Turkey remained frozen following a unanimous decision by the Council of Ministers. “The Council notes with regret that Turkey is moving more and more away from the European Union,” said a statement issued in Brussels on Tuesday evening. The opening or closing of further negotiation chapters cannot be considered.

Specifically, EU countries are critical of the fact that Turkish foreign policy is increasingly at odds with EU priorities. The case of Libya is cited as an example, where government forces are said to have received illegal arms shipments from Turkey. In addition, she denounced Turkey’s violations of the customs union agreements with the European Union.

On the subject of democracy, human rights and basic rights, the Council of Ministers repeated the well-known allegations. The additional setbacks in these areas are extremely worrying, the statement said. This also applies to freedom of expression and the lack of independence of the judiciary. Civil society and its organizations will have to work under constant pressure in an increasingly challenging environment.

The EU accession negotiations with Turkey, which began in 2005, have been stalled for several years due to unsatisfactory developments in the country from the perspective of Brussels. One of the reasons the talks did not end definitively is the country’s importance in combating illegal immigration to Western Europe. So it should continue to benefit from EU financial aid in the future. The statement on this topic said that the European Union will ensure more support for refugees and host communities in due course.

In the fight against anti-Semitism – Curtis became former British Deputy...