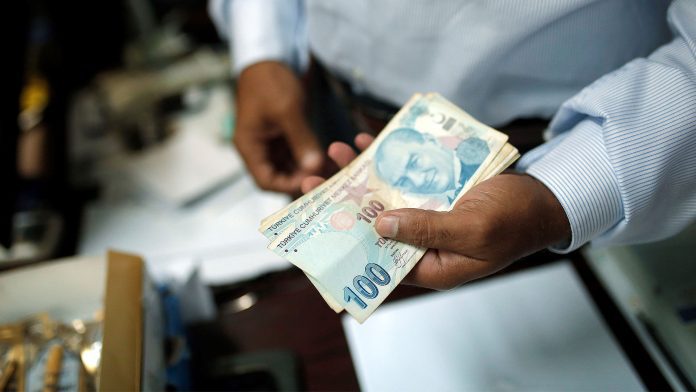 Inflation in Turkey rose to its highest level since 1998 in June. The main reason is the strong weakness of the Turkish lira, which has made imports much more expensive.

Inflation in Turkey continues to rise: In June, the cost of living rose to 78.62 percent compared to the same month last year, according to the National Statistical Office in Ankara. It is the highest inflation rate since September 1998 when it was 80.4 percent. Then Turkey struggled for nearly a decade to end chronic high inflation. In the previous month of May, the inflation rate was around 74 percent. In comparison, consumer prices rose 4.95 percent.

Transportation, and groceries in particular, rose significantly in June on an annual basis. Transportation costs, which include gasoline, for example, rose 123.37 percent last month. The prices of food and non-alcoholic beverages increased by 93.93 percent.

The inflation rate in Turkey is driven by several factors. The weakness of the national currency, the lira, caused prices to rise significantly for a long time, as goods imported into Turkey became more expensive as a result. The prices of many goods are also rising, not least because of the Russian attack on Ukraine. Russia and Ukraine are important for Turkey to import energy sources and grain.

However, according to many economists, Turkey’s central bank is not fighting high inflation with enough resolve. In fact, monetary authorities have been easing their monetary policy since last summer. According to current economic theory, an increase in interest rates can counteract inflation.

On the other hand, Turkish President Recep Tayyip Erdogan sees high interest rates as causing inflation. The central bank follows Erdogan’s line and has so far refrained from raising interest rates, which in turn has further weakened the national currency. It has kept interest rates at 14 percent since January.

Are the numbers correct?

The opposition accuses the government of covering up inflation figures and assumes a much higher rate. Even Istanbul-based inflation research group Enag estimated inflation for June at 175.55 percent on an annual basis.

The costs of producers in Turkey also continued to rise: according to the Statistical Office, the prices received by producers for their goods rose by about 138 percent during the year in June. Compared to the previous month, this represents an increase of about 6.8 percent. Product prices usually flow with a time delay and are partly included in consumer prices.