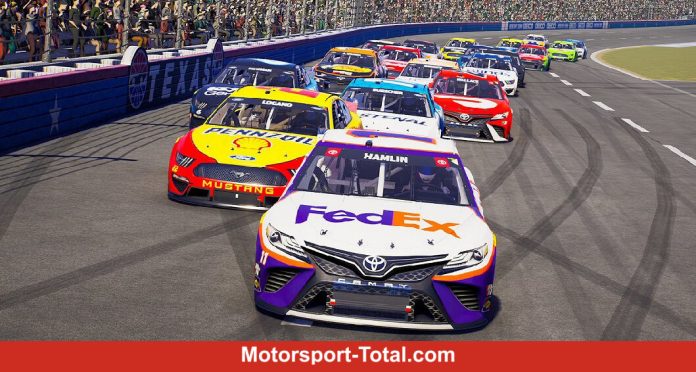 For PS5 and Xbox Series X

In general, there are a number of bug fixes related to the appearance of vehicles, lighting adjustments for some night racing tracks, pit stop issues as well as AI behavior and user interface improvements and a bug fix that caused some players to get stuck in career mode under the car.

Plus, for anyone with a PlayStation 5 or Xbox Series X | S, the next generation upgrade delivers improvements in gaming graphics, cross-generational gameplay (PS4, PS5, Xbox One and Xbox Series X|S) including the option to save from using the previous platform and support for PlayStation 5 activities.

Other minor improvements or bug fix updates in general could be envisaged, but not announced at this time. According to the official roadmap, the 2022 season should be available as an expansion package in September.

Step 1: Sign in to the existing account on the PS5 console.
Step 2: Locate the PS5 game in the PlayStation Store or use the search function and go to the PS5 game center.
Step 3: Select the upgrade offer in Game Center and check the upgrade offer.
Step 4: Choose Download (or Purchase at a discount) to download/purchase the content.

After the download is complete, the PS5 version of NASCAR 21: Ignition can be played. It should also be noted that PS4 games redeemed as a PlayStation Plus feature are not eligible for a PS5 upgrade unless otherwise stated.

To update an Xbox digital game that is eligible for the upgrade, you must already own the Xbox Series X Digital Edition | S:

The Xbox console will automatically update to the correct game version for the console. This means that if owners of Xbox Series X | If they already have an Xbox One game version installed, they will receive a notification that the game is being updated and will be replaced by the next year’s free version. If the game is not installed, the correct version can be downloaded by going to your content and downloading it from there.

Tracks
-Fixed a lighting issue on some night race tracks

Multiplayer beta issues may cause a ‘slight shift’ • Eurogamer.de