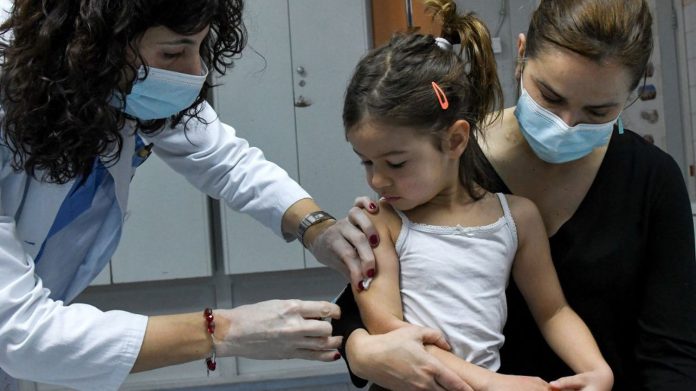 In recent months, the World Health Organization has not stopped sounding the alarm about the risks of infection ‘Absolute disaster’ If serious delays in immunizing children due to the Covid-19 pandemic are not overcome and if health restrictions are lifted too quickly.

The result is staggering: the number of cases jumped 79% in the first two months of 2022, compared to the same period last year, according to the World Health Organization and UNICEF. Both UN agencies now fear the emergence of serious epidemics of measles, a highly contagious viral disease that can infect Millions of children in 2022.

So far, about 17,338 measles cases have been reported globally in January and February 2022, compared to 9,665 in the first two months of 2021. But the numbers are likely to be higher because the epidemic has disrupted health systems.

There have been 21 major measles outbreaks in the past 12 months (until April), mostly in Africa and the Eastern Mediterranean region. The countries with the largest measles outbreaks since last year are Somalia, Yemen, Nigeria, Afghanistan and Ethiopia.

The best protection against measles, which takes its name from the characteristic red spots all over the body, is very high vaccination coverage. Because measles is highly contagious, cases tend to arise when vaccination levels are low. Both UN agencies fear that the measles outbreak is a harbinger of outbreaks of other diseases that are spreading more slowly.