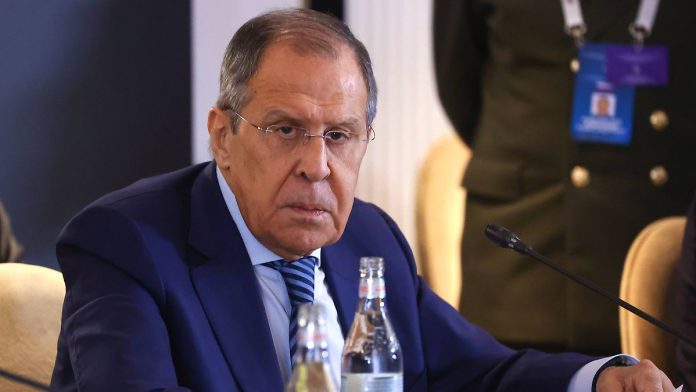 Russia is accused of recruiting many men from ethnic minorities in Siberia and the Caucasus region during the partial mobilization. For Pope Francis, these minorities are among the “toughest” in the Russian military. Foreign Minister Lavrov responded immediately.

Russian Foreign Minister Sergei Lavrov has condemned “un-Christian” statements made by Pope Francis that members of Russia’s ethnic minorities are among the “hardest” in Moscow’s military in Ukraine. “Pope Francis calls for talks, but recently he made an incomprehensible and completely non-Christian statement in which he put two Russian nationalities into a category from which atrocities can be expected during hostilities,” Lavrov said on television. “It is clear that this does not serve the cause and the authority of the Holy See,” he said.

The Russian news agency RIA Novosti had reported that Moscow’s ambassador to the Vatican had submitted an official complaint. In an interview, Pope Francis said that some of the “roughest” Russian military ranks in Ukraine may be “not of the Russian tradition” but belong to minorities such as “Chechens, Buryats, etc”. Chechnya is a Caucasian republic with a Muslim majority. Buryatia is a Buddhist region in Siberia located between Lake Baikal and Mongolia.

When the Kremlin announced the partial mobilization of hundreds of thousands in September, accusations were leveled at Moscow of recalling a particularly large number of men from ethnic minorities in Siberia and the Caucasus. Critics of the Kremlin say that minorities from poor and isolated regions are dying in greater numbers than Russians. But critics have also accused a unit from Buryatia of playing a central role in killing civilians in Bucha, Ukraine. Russia denied the allegations and spoke of a “management” by Ukraine and its Western allies.