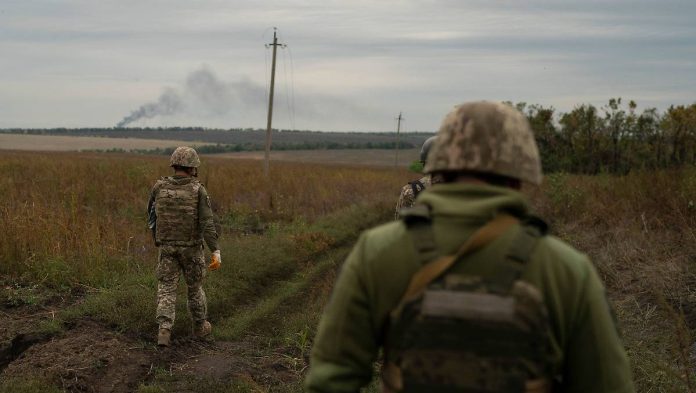 The Ukrainian media reported the successes of its troops around the connection point between the three regions of Kharkiv, Donetsk and Luhansk. Apparently, the armed forces managed to cross another river and push back the Russians in the areas already in Luhansk.

In the Kharkiv, Donetsk and Luhansk regions of eastern Ukraine, it seems that the Ukrainian forces continued to repel the Russian enemy. On Monday, the Kyiv media reported the restoration of the town of Yarov, located on the left bank of the Seversky Donets River. Official confirmations from the Ukrainian or Russian side were not initially available. Videos of the successful advance of Ukrainian troops on the left bank of the Oskil River in the Kharkiv region near Kobyansk and Borova have already circulated.

In addition, the Ukrainian units also apparently succeeded in crossing the Siwerskyi Donetsk near Bilohorivka and launched an attack on Kreminna. Denis Pushilin, the leader of the separatists in Donetsk, said on Russian television that the attack on the small town, which has been under Russian control since April, was at least averted.

Bilohorivka, which, according to the military governor of the Luhansk region, Serhiy Hayday, is again under the control of Ukrainian troops, and Kreminna is already in the Luhansk region. At the beginning of the summer, the Russian command announced that the area had been completely occupied. The urgent request of the local “citizens’ chamber” to hold a referendum on joining Russia as soon as possible is evidence of the unrest that began to occur in the separatist region.

Russia invaded Ukraine on February 24. But since the beginning of September, the Russian units came under increasing pressure and were forced to withdraw from most of the Kharkov region with losses.

See also  The cheapest star kitchen in the world: this two-dollar snack bar has lost a Michelin star