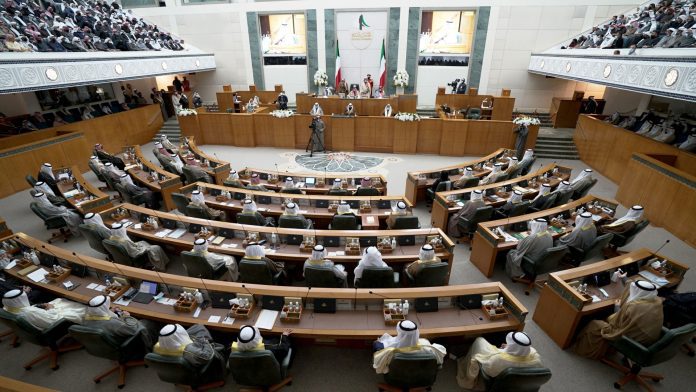 The Crown Prince of Kuwait dissolved parliament – the second parliamentary dissolution since 2016. The government resigned only in April. In the Arab country, there is a dispute between the government and members of Parliament.

As it was announced, Crown Prince Sheikh Mishaal Al-Ahmad Al-Sabah dissolved the House of Representatives in Kuwait, the official news agency KUNA reported. The crown prince has largely taken over government duties from his half-brother, Emir Sheikh Nawaf Al-Ahmad. In Kuwait’s hereditary constitutional monarchy, the emir appoints and dismisses the government and can also dissolve parliament.

Disagreement over many issues

The background to the dissolution of parliament is a months-long dispute between the government and parliament over the national budget. This should only be adopted now after the next election. Parliament has so far rejected the draft budget. Finance Minister Abdelwahab Al-Rashi announced that he would initially operate on the basis of the old budget.

Ongoing political conflicts in Kuwait are hampering investments and reforms in the Arab country, which has also been hit by the coronavirus pandemic.