Home World Kherson: Potemkin and the defeat of the “Russian world” 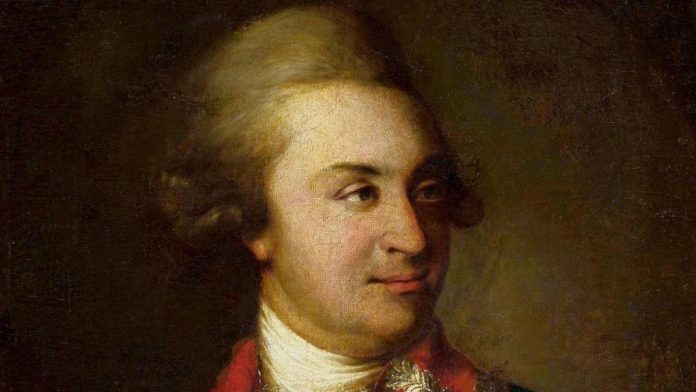 Potemkin’s evacuation a defeat for the “Russian scientist”

In southern Ukraine, the occupiers dismantled the monuments and took them with them when they withdrew. The statue of Prince Potemkin and his bones have already disappeared. This process is very symbolic. Because Potemkin played a big role when the region became Russian.

sErhi Khelan, adviser to the ousted Ukrainian president of the Kherson region, posted a photo on his Facebook page of the empty base of the monument to Prince Potemkin (1739-1791), who founded the city in the 18th century and is buried here . Khlan He writes: “After Ushakov and Suvorov, Potemkin was also evacuated from Kherson. The only thing left for the Russians is to steal his remains from the cathedral. Kherson Newspaper “Most” also published a picture of the empty base.

In fact, not only the statues of the Tsarist generals Suvorov, Ushakov, the Soviet general Margello (who led the Wehrmacht from Cherson in 1944 and was honored as a Hero of the Soviet Union) or the statue of Potemkin from Cherson, but also the remains of the city’s founder were removed from St. Catherine’s Cathedral – because the Ukrainian army is advancing and has The city battle is imminent.

The head of the occupied part of the region, Volodymyr Saldo, who was cooperating with the Russians, announced the reburial of Potemkin on the Krim24 TV channel. The local Russian authorities also claimed on October 24 that they had decided to remove the antiquities from Ukraine “due to the constant bombing and vandalism.” Russian occupiers are dismantling the cultural assets of Cherson and other cities and recovering their cultural and historical heritage from Ukraine. Or, as they say, “let it go.”

When you talk to Ukrainians from the south about Tsarist heroes like Suvorov, Ushakov or Potemkin, there are voices saying that they are just leftovers from the Soviet Union they no longer want to see in the city. These ancient heroes stood in public, but in fact they were ready for a museum, and it is appropriate to prevent them from entering public places. Because they embodied the Russian Empire and its expansion. They defended “Russky Mir”, the Russian world and its culture.

Today Prince Potemkin is known for the fictitious villages used to simulate advances in civilization for the Tsar (a legend that goes back to envious people) or for the armored cruiser named after him from the classic Eisenstein movie.

Historically, Potemkin was a pivotal figure in the development of southern Ukraine. During the reign of Catherine II, he rose to become the general and supreme director of the district. In 1778 Kherson was founded. The streets, squares and buildings were arranged in a checkerboard pattern according to the progressive spirit of the time. Other institutions followed, such as Odessa, Sevastopol, Dnipro, Zaporyshga, Mykolaiv, and Mariupol.

For the Russian occupiers, these icons of the Tsarist Empire are now part of their supposed heritage, thus legitimizing their claim to southern Ukraine. On the other hand, the current dismantling of Cherson’s cultural property is considered a defeat of the “Russian world”, that is, the ideology of the cultural totality of Russian. From a Russian point of view, of course, it is also a desperate attempt to save this past colonial world.

Suvorov, Ushakov or Potemkin are the heroes of a Russian empire that wanted to assert itself among the other major European powers and made entire regions Russian through deportation. Stealing these cultural assets is a defense of Russia’s supremacy in the interpretation of history. In Putin’s view, the historical-cultural force of the definition should under no circumstances be left to the victim of this imperialism, which has persisted to this day, Ukraine.

However, Cherson and southern Ukraine were not entirely Russian, but they were always distinguished by their diversity. In the 19th century, Cherson streets were filled with Ukrainian, Jewish, Polish, Moldavian, German, Tatar and Russian.

In August 2012, the city administration announced that 110 nationalities live in Kherson. The removal of cultural assets in Kherson is merely an attempt to symbolically preserve the “Russian world” by saving its heroes. But southern Ukraine is multiethnic.