Home Economy Jeff Bezos flies into space on July 20 – with his own... 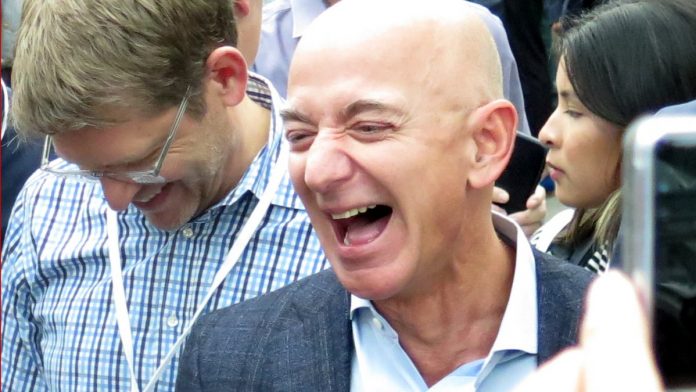 Blue Origin is planning its first manned flight into space on July 20. There can be six people. Two of these seats will be occupied by Jeff and Mark Bezos. Jeff Bezos revealed this on Monday. He became one of the richest people in the world as the founder of Amazon.com and also started Blue Origin.

“I’ve dreamed of going into space since I was five years old,” Jeff Bezos posted on Instagram, “On July 20, I will be taking this trip with my brother. The greatest adventure, with my best friend.” Mark Bezos was surprised that his older brother would be there on the first manned takeoff, and even more surprised by his invitation himself.

The flight will take about 11 minutes and must cross the internationally recognized border into space at an altitude of 100 km (Karman Line). The weightlessness phase should last several minutes. Six astronauts will sit in the RSS First Step Crew Capsule, carried by a New Shepard rocket. In the end, the capsule is supposed to land “gently” in the Texas desert using a parachute. New Shepard has successfully completed 15 unmanned flights over the Karman Line and back in a row.

Proceeds will be donated

Blue Origin is currently auctioning a seat on its first manned spaceflight. Bezos’ announcement that he will fly himself gave the auction a new impetus. The current maximum bid increased by a quarter from $2.8 million to $3.5 million (as of 3:30 AM CEST). Online bids are still possible through Thursday. The last live auction will follow on Saturday.

The full amount of the final maximum bidding amount will be donated to Club for Future sponsored by Blue Origin. This organization wants to inspire younger generations to work in STEM fields (mathematics, computer science, natural sciences and technology). The next generation of researchers must design future life in space.

Airbus rebuilds the group: 1,600 employees in Hamburg are affected