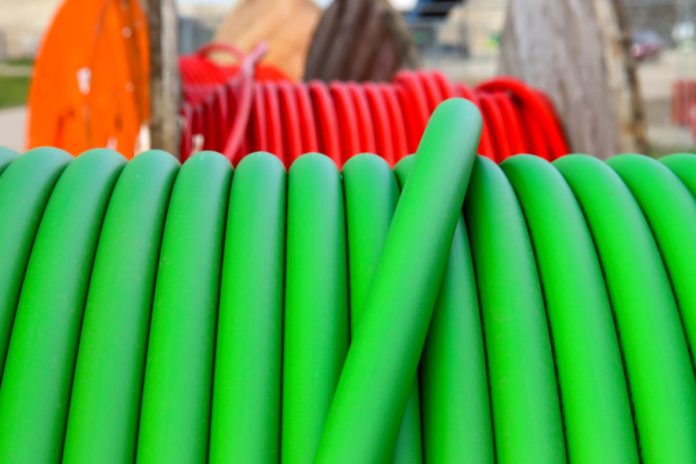 The situation is muddled and the parties involved have publicly expressed their views on several occasions. Provider Winterthur Init7 and the Competition Commission oppose Swisscom’s plans to use point-to-multipoint technology to further expand its fiber optic network. Init7 CEO Fredy Künzler and Carole Söhner-Bührer of ComCo made this clear in our interviews. At the same time, Swisscom does not want to deviate from its plans and the chosen expansion criterion, said CEO-designate Christoph Eichlemann within-it.ch.
There are two cases currently pending on this subject: On the one hand, the Federal Supreme Court is dealing with the precautionary measures that currently prevent Swisscom from marketing communications created using point-to-multipoint technology. On the other hand, the main actions relate to the standard under which Swisscom has to build the fiber optic network. While a federal court ruling is expected later this year, it may be years before a final decision is reached in the main proceedings. Especially since this can be relied upon by both parties.

The timing when Swiss Fiber Net (SFN) announces its compromise proposal is particularly surprising because the Federal Supreme Court ruling is likely to come in the coming months and will certainly have a direction-setting character. SFN is a kind of intermediary between local energy suppliers and providers such as Salt or Sunrise UPC and invites Swisscom to be willing to compromise and cooperate. “Existing and future FTTH expansion projects will be promoted under the financing, construction and operation cooperation framework,” the company wrote in a statement.

When asked about the timing, SFN CEO Andreas Waber said the proposal would have been launched without Weko’s involvement. “We believe this is the right approach to enable a good mix of Swisscom’s infrastructure, power suppliers and cable network providers in the expansion of optical fibers.” For co-financing for expansion, potential investors are dealt with. When asked, however, Weber did not want to comment on their origin.

Swisscom and Init7 don’t think much about SFN’s proposal

Swisscom doesn’t think much of this proposal. This is not new and will not guarantee a more efficient expansion of the optical fiber. On the contrary, the speaker Joseph Huber wrote: “The proposed solution will inevitably delay this matter further.” In addition, Swisscom’s willingness to cooperate if the partner is willing to invest is known and documented. However, Swisscom refuses to “compulsory cooperation”. You also want the freedom to build the network yourself.

“SFN’s proposal is old wine in new bottles,” Init7 CEO Fredy Künzler also says. According to Konzler, Swisscom strongly rejected the concept outright in March 2021 during a hearing in the Federal Administrative Court. For him it was just an attempt by SFN to say, “Hey! We’re still here too!”

However, the truth is that only a friendly solution will enable the rapid expansion of optical fibers in Switzerland. It remains to be seen if the Swiss Fiber Net proposal will contribute to this. However, it’s not entirely altruistic: Instead of acting as an intermediary between EWs and service providers, SFN suddenly became a co-owner of fiber-optic networks when its settlement proposal was implemented and would be directly involved in operations.

Branson wants to go to space before Bezos